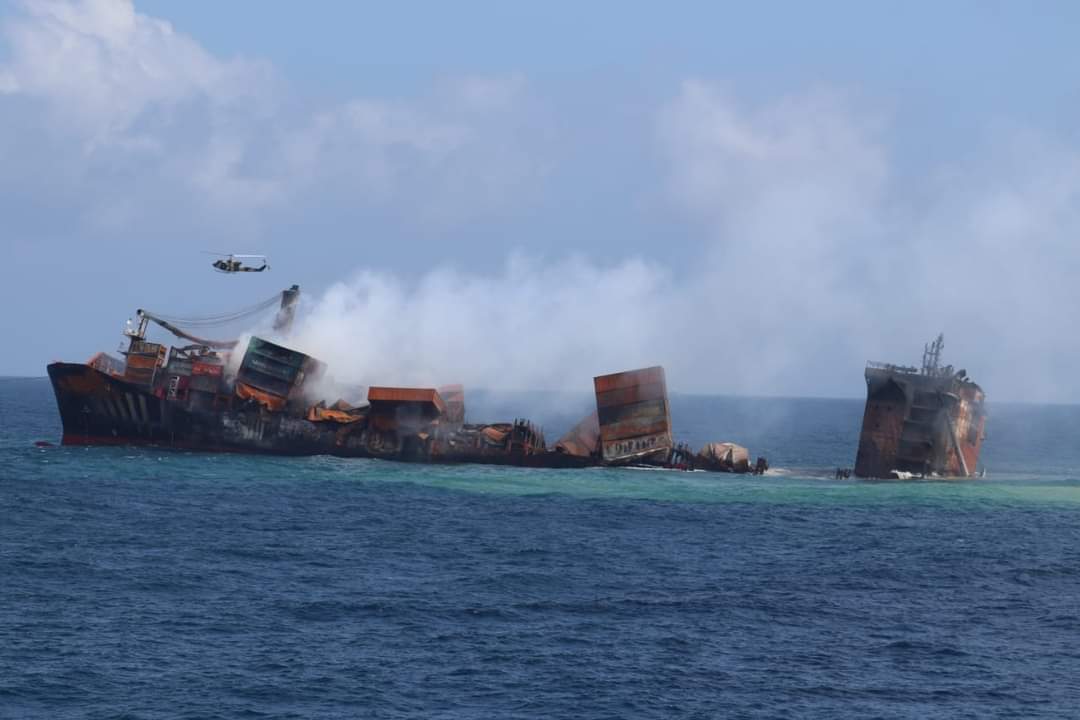 MV-Express Pearl’s aft part is currently hitting bottom at a depth of 21 meters.

According to News Fist, The container ship X-Press Pearl’s operators, X-Press Feeders, have verified that the ship’s aft part is currently hitting bottom at a depth of 21 meters. Despite salvors successfully boarding the vessel and installing a tow cable, X-Press Feeders claimed in a statement that efforts to relocate the ship to deeper seas failed.

According to Andrew Healy, Director (South East Asia) for MTI PTE LTD, the forward part of the vessel remained afloat as of 1500 Sri Lanka time, with smoke issuing from Cargo Holds No 1 and 2.
On Wednesday morning (02), a highly trained squad from the Sri Lanka Navy boarded the vessel to assist the salvors in towing the cargo ship.

The MV X-PRESS PEARL has lost its stability in the stern sections owing to a water leak, according to the Marine Environment Protection Authority (MEPA) on Facebook. As a result, the MEPA cautions that a sudden oil leak might occur, extending from the Dickowita region in Negombo to the Kapungoda area. Speaking to reporters, MEPA Chairperson Attorney-at-Law Darshani Lahandapura stated all required steps had been taken to mitigate any potential oil leakage from the X-PRESS PEARL, and that efforts would be made to minimize damage.

Despite chemical waste from the sinking X-PRESS PEARL contaminating the western shore, the pH value in Sri Lankan seas has not altered, according to the National Aquatic Resources Research and Development Agency (NARA).

Gather samples from the seabed

Dr. Palitha Kithsiri, NARA Director-General, told that the Samudrika Ship arrived at the location on Tuesday (01) night to gather samples from the seabed.

The Central Environmental Authority is coordinating work with other agencies to collect debris from the ill-fated vessel that washed ashore on the coastlines of the 05 districts.

“The Harbour Master was continually monitoring the situation,” he added, adding that the vessel’s location had no affect on vessel movement in and out of the harbour.

Dr. Ajantha Perera, an environmentalist, told that the Sri Lankan government must be held accountable. 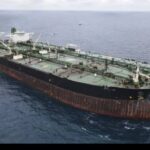 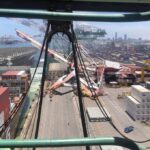