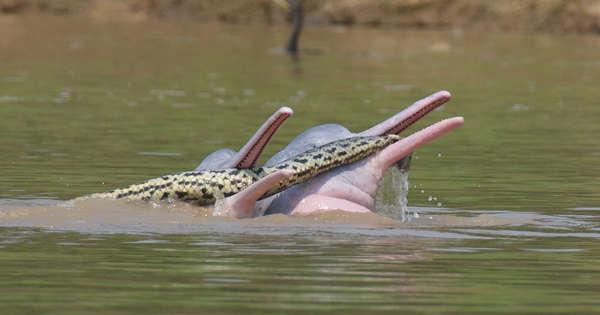 Nature has infinite possibilities and the ability to surprise humankind in countless ways. However, some instances are difficult to comprehend. Consider this strange scientific encounter in which two male dolphins were observed ‘playing’ with an anaconda while sexually aroused.

Scientists revealed in a paper published last month in the journal Ecology that what was especially strange was that the dolphins had erect penises while carrying the snake.

They claimed that the dolphins were playing with the snake rather than attempting to eat it, owing to the interaction length, which lasted at least seven minutes.

Dolphins have a reputation for mischief with other mammals and even humans, but this was the first recorded encounter between a Bolivian river dolphin and a Beni anaconda.

They noticed the adult males each holding onto the anaconda and swimming in unison at one point.

“It could have been sexually stimulating for them,” marine mammal scientist Diana Reiss told the New York Times.

Reiss, who was not involved in the research, speculated that the anaconda ‘could have been something to rub on.’

Beni anacondas are large semi-aquatic snakes that can grow to be more than 6 feet long and have no known predators. Other than one case of cannibalism, researchers have found no evidence of serpents being eaten. The team did not see where the snake ended up in this case.

“I don’t think the snake had a good time,” said Dr. Steffen Reichle, one of the study’s authors.

Bolivian river dolphins typically swim beneath the surface, but these two remain above water for an unusually long period.

“Surprisingly, they were very playful and remained visible on the surface linger than what was typical, which is usually between 2 and 5 seconds,” the study’s authors write.

There was also juvenile dolphins present, so it’s possible that the adults were showing off the snake to them.

“The fact that the adult river dolphins became seemingly sexually aroused (as seen by their erect penises through the genital slits) during this interaction also further corroborates that this was a playful interaction,” they said. 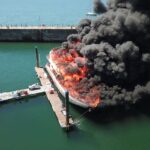 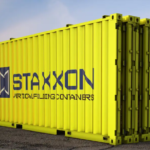