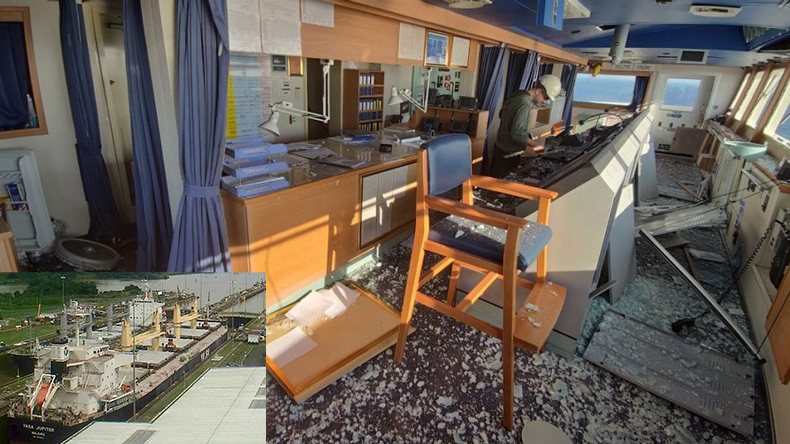 Turkey’s president and marine affairs ministry were quick to condemn a reported attack on a Turkish-controlled bulker in the Black Sea, which they claimed was struck by a shell or maybe a missile. It was the latest story of merchant ships caught in the crossfire since Russia initiated its attack on Ukraine earlier today.

“Following the information that a bomb hit the Turkish-owned Yasa Jupiter with the Marshall Islands flag off the coast of Odessa, which came to AAKKM, it was learned during the meeting that there was no request for help, that the ship was in transit to Romanian territorial waters, that there was no loss of life and that it was safe,” reported the Turkish General Directorate of Maritime Affairs in a brief statement on Twitter. 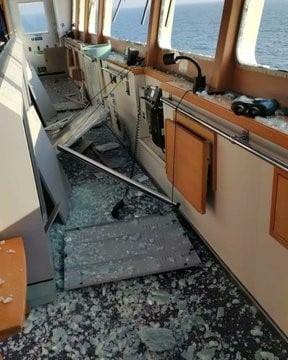 Recep Tayyip Erdogan, Turkey’s president, delivered a stronger statement condemning the attack on the ship and the assault. He claimed that “Turkey supports Ukraine’s struggle to preserve its territorial integrity,” calling it a violation of Ukrainian sovereignty and an illegal action.

The Turkish ministry released a single image of the bulker Yasa Jupiter’s wheelhouse. The 61,000 dwt bulker had apparently left the Ukrainian port of Dneprobugsky with a destination of Novorossiysk in Russia, according to its AIS. It was hit by a bomb or maybe a missile while sailing 60 nautical miles off the coast of Odessa. The bridge is littered with broken glass and trash in this photo. The tanker was hit in one of its holds, but despite minor damage, it remained seaworthy, according to the Turkish ministry, and is now sailing into Romanian waters.

Two Russian cargo ships were reportedly targeted, but this has yet to be confirmed. Russia’s Federal Security Service said that the Ukrainian military had assaulted two of its commercial vessels, a claim that analysts are disputing as well as Ukraine’s ability to carry out such a strike while it fights the Russian onslaught.

According to a widely circulated allegation from Russia’s State Border Service, one crew member was hurt and a small fire broke out on the 3,345 dwt SGC Flot, an oil and ore carrier. To back up their accusations, they presented a video showing damage to the vessel’s stern decks. According to the same reports, the Seraphim Sarovskiy, a 3,878-dwt general cargo ship, was also damaged during an attack. Both ships were said to be sailing in the Sea of Azov on their route to ports in the Crimean peninsula, which Russia annexed in 2014.

“At this time, Dryad Global advises all commercial operators to avoid any transit or operation within the EEZ of Ukraine or Russia within the Black Sea,” the security analysts wrote in their first briefing on the conflict. They noted that commercial ports in Ukraine and the Russian-controlled areas along the Sea of Azov were now closed while advising vessels to depart the area when it was safe.

When navigating in the Black Sea, commercial vessels may face GPS interference, AIS spoofing, or other communications jamming, according to the US Department of Transportation. The Joint War Committee added Ukrainian and Russian waterways in the Black Sea and the Sea of Azov to the list of Hull War, Piracy, Terrorism, and Related Perils Listed Areas in response to reports of attacks and uncertainties. If owners intend to travel to the region, they are recommended to contact their war risk insurance. Customer cautions were issued by a number of major shipping companies, including MSC, Maersk, and Hapag-Lloyd, stating that port calls in Ukraine had been banned and that they were no longer accepting bookings for the region.They are figuring out how to manage cargo in route, with MSC stating that it will be offloaded at the port prior to the scheduled call in Ukraine. 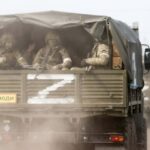 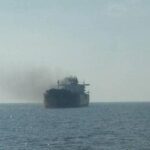