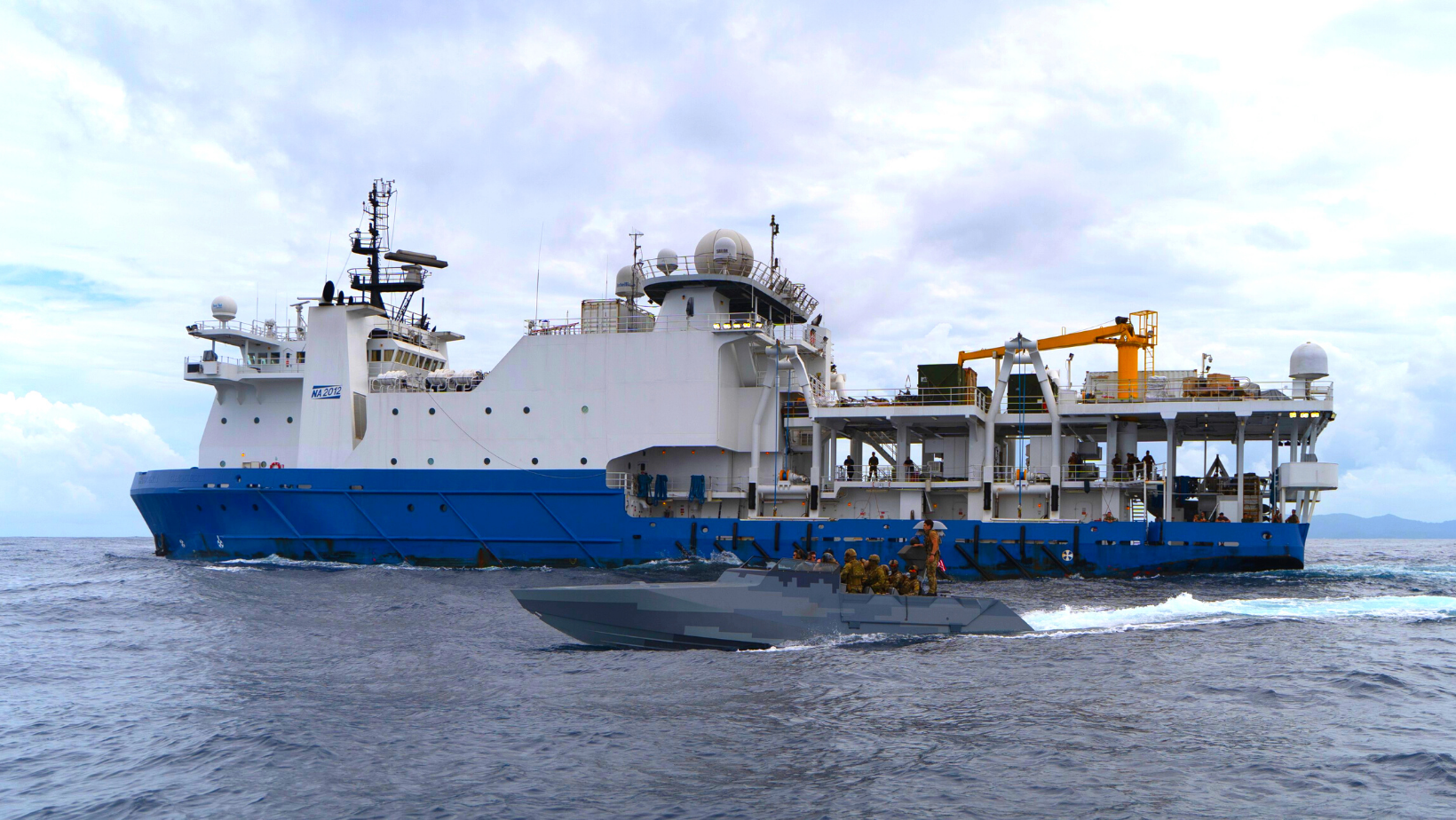 The Department of Defense has strangely posted images showing US Navy SEALs and Special Warfare Combatant-craft Crewmen (SWCC) operating their stealthy Combat Craft Assault speedboats alongside Philippine Navy and Australian special operators as part of the extensive Balikatan 22 exercise. The photograph was taken off the coast of Palawan on April 7, 2022.

The caption is as follows,

“Balikatan is an annual exercise between the Armed Forces of the Philippines and U.S. military designed to strengthen bilateral interoperability, capabilities, trust and cooperation built over decades of shared experiences. Balikatan, Tagalog for ‘shoulder-to-shoulder’ is a longstanding bilateral exercise between the Philippines and the United States highlighting the deep-rooted partnership between both countries. BK22 is the 37th iteration of the exercise and coincides with the 75th anniversary of U.S. Philippine security cooperation.” 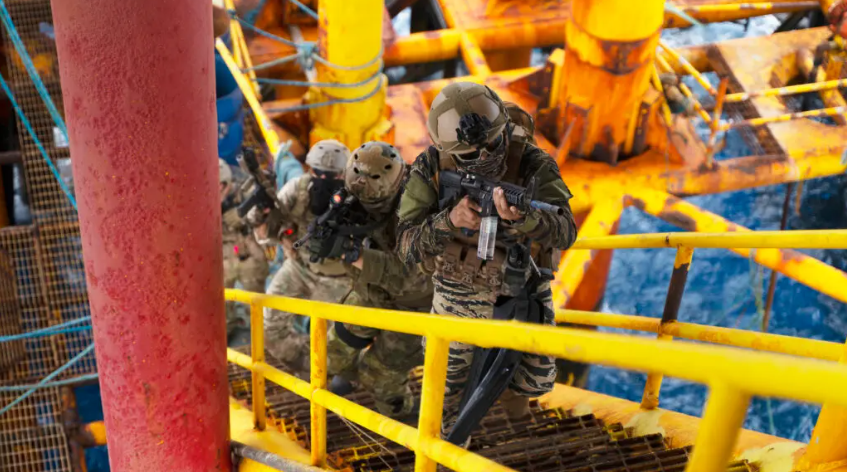 While the images of the SEALs and their allies raiding what appears to be a sea platform of some kind are intriguing, it is the appearance of the Carolyn Chouest that truly distinguishes this set of images. The ship is seen doing exactly what it is supposed to do: serving as a forward floating staging base for US special operators operating in the Pacific, which includes transporting CCAs, ‘tactical jet skis,’ RHIBs, and a slew of other equipment. The ship is littered with modular containers and covered in communications aerials, as can be seen. It also has its trademark drone catapult on the upper deck, above the stern. 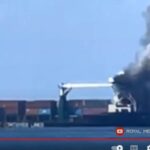 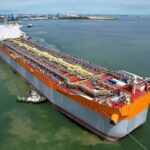