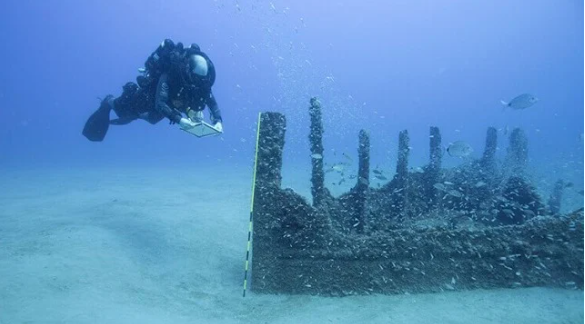 Researchers and scientists from the United States will soon embark on a 10-day expedition to explore and investigate the shipwreck of the Civil War vessel USS Monitor, which sank off the coast of North Carolina 160 years ago.

On May 15, scientists from the National Oceanic and Atmospheric Administration (NOAA) and partners will embark on an expedition to survey the Monitor for the first time since her turret was recovered in 2002.

The iconic Civil War ship’s wreckage lies sixteen miles off the coast of Cape Hatteras, North Carolina, and the area around it has been designated a national marine sanctuary.

The ship’s survey will coincide with the marine sanctuary’s 50th anniversary celebration. In addition, 2022 marks the 160th anniversary of the ship’s launch, the Battle of Hampton Roads, and its sinking.

Researchers will also visit several natural reefs and historical shipwrecks off the coast of North Carolina over the course of about two weeks.

“This is the first in-depth survey of both the historic and ecological habitat of the Monitor since NOAA and the U.S. Navy recovered the Civil War vessel’s iconic gun turret in 2002,” said Nicole LeBoeuf, NOAA’s director for National Ocean Service.

The mission will be carried out in collaboration with The Global Foundation for Ocean Exploration, which will supply much of the technology, including remotely operated vehicles, satellite technology, an IT network, and a team of engineers and filmmakers. The NOAA ship Nancy Foster will serve as the survey’s platform.

North Carolina’s Office of State Archaeology and NOAA’s National Centers for Coastal Ocean Science (NCCOS) will analyze the expedition’s imagery to gain a better understanding of how shipwrecks serve as marine habitats.

The Monitor was the first ironclad warship built in the United States. She made history during the Battle of Hampton Roads in 1862 before succumbing to the fury of a winter storm.

The Monitor’s history can be traced back to 1861, when Virginia seceded from the United States during the Civil War. To prevent the steam frigate USS Merrimack from falling into Confederate hands, Union troops burned it as they retreated from the Gosport navy yard. Confederate forces, desperate for a naval presence, raised Merrimack and converted it into the ironclad CSS Virginia.

The US Navy was compelled to produce the USS Monitor in response to this new ironclad threat. The ship was launched on January 30, 1862, in less than 100 days, and less than two months later, on March 9, 1862, during the Battle of Hampton Roads.

Despite the fact that the battle was a draw, it signalled the end of an era for wooden warships. The Union requested Monitor’s strength further south in December 1862. It left Hampton Roads after Christmas celebrations and went down in a storm off Cape Hatteras a few days later on New Year’s Eve.

Monitor had been dormant in over 240 feet of water for over a century, her location unknown. A team of researchers from Duke University, National Geographic, and the National Science Foundation discovered her final resting place in 1973. As a result of this discovery, the Monitor National Marine Sanctuary was established, the first in a network of new marine protected areas. 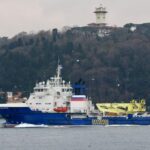 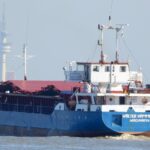