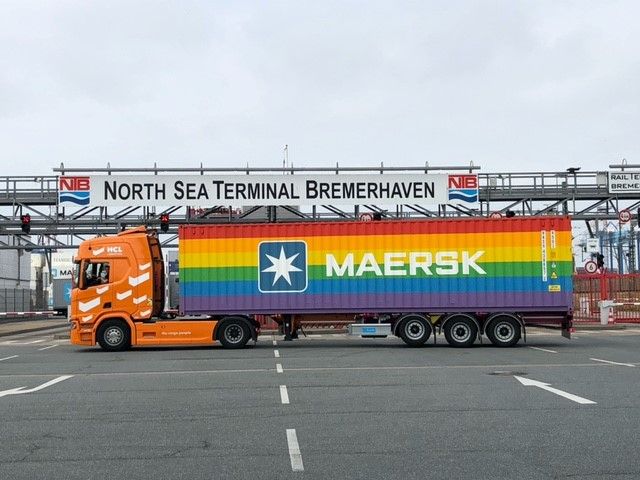 Following in the footsteps of Los Angeles and Yokohama, Maersk’s rainbow containers have arrived in Rotterdam and the Netherlands, commemorating diversity and inclusion in the maritime and port logistics sectors.

Maastricht Maersk arrived at APM Terminals Maasvlakte II in Rotterdam in May 2021, carrying two classic Maersk containers that were expertly painted with a rainbow to represent diversity and inclusiveness. The Rainbow containers were on display at APM Terminals Maasvlakte II until the 16th of May, offering terminal workers and other A.P. Moller – Maersk brands the opportunity to sign the interior of the boxes as a statement of their own personal dedication to diversity and inclusion.

Show out your genuine colors

CFO Katja Otten, speaking on behalf of APM Terminals’ worldwide executive team, said: “We are very proud to welcome these rainbow containers in yet another APM Terminals location, following Los Angeles and Yokohama, as part of their world tour. As a company, we deeply believe in the right of all our employees to be who they are and shine their true colors. The principles of diversity and inclusion are deeply rooted in our corporate culture and as a global organization, we are guided by them also in attracting and developing our talents.”

Area National Sales Manager In the North West Continent Area, Pieter Strijland, added.  “Personally, I’ve had the experience of working with great diverse teams within Maersk, which has brought me so much value, joy and knowledge, apart from achieving great results. As we bring this to the attention with the rainbow containers and share this experience with others, I can only hope that more companies will follow us on this journey.”

Albrecht Meeusen, North West Continent Area Managing Director for Hamburg Sud, agrees with Pieter.“Two rainbow containers filled with personal wishes and commitments from around the world is such a powerful way to portray our company value. It might seem small, but it means a lot to many”, shares Albrecht.

Their coworkers were urged to sign the container and post their images with the hashtag #InclusionAllTheWay to express their support for diversity and inclusion.

The arrival of the rainbow containers in Rotterdam coincided with the famous Eurovision Song Contest, which was held this year with the theme “Open Up” in the Dutch metropolis. The 20-foot container was also put in RDM Heijplaat, Rotterdam’s innovation area operated by the port authorities, on the initiative of the Port of Rotterdam, one of Eurovision’s partners. RDM, which was formerly home to Rotterdam’s dry dock, is now a hub for businesses, education, and research to collaborate on smart port developments. 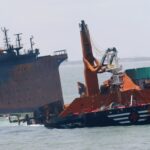 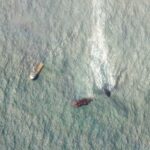