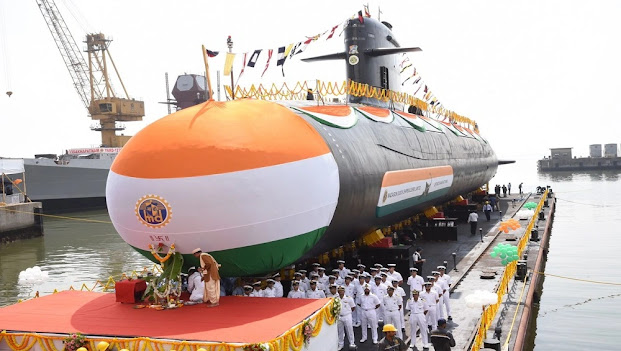 Vagsheer, the sixth and final of the French Scorpène-class submarines, was launched into the water at Mumbai’s Mazagon Docks Limited (MDL).

“The sixth submarine will now commence setting to work of various equipment and their harbour trials. The crew will thereafter sail the submarine for the rigorous sea acceptance trials after which the submarine would be delivered to the Navy by late next year,” the Navy said in a statement.

The ceremony’s chief guest was Defence Secretary Ajay Kumar, and Vagsheer was launched by Mrs. Veena Ajay Kumar, in keeping with the naval tradition of naming and launching by a lady.

The six submarines were being built by the MDL under Project-75, with technology transferred from the Naval Group under a $3.75 billion deal signed in October 2005. The first, INS Kalvari, was launched in December 2017; the second, INS Khanderi, in September 2019; the third, INS Karanj, in March 2021; and the fourth, INS Vela, in November 2018. Vagir, the fifth, was launched in November 2020 and is currently undergoing sea trials.

To improve endurance, the Navy has planned to install an Air Independent Propulsion (AIP) module on all Scorpenes as they undergo a refit in the coming years, beginning with INS Kalvari. The Defence Research and Development Organisation (DRDO) is nearing the completion of the development of an indigenous AIP module.

Due to delays in submarine induction, the SSKs – 209s (German HDWs) and EKMs (Russian Kilos) are undergoing the Medium Refit Life Certification (MRLC) process, which will provide them with an additional 10 to 15 years of life. 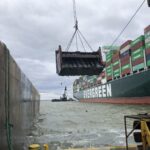 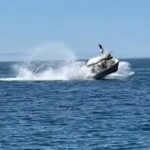