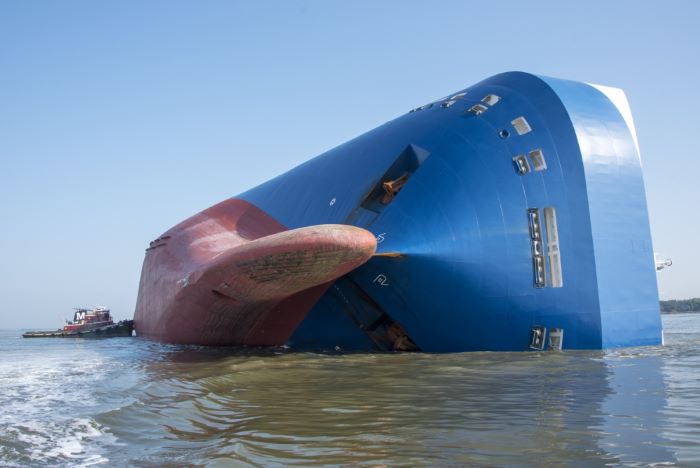 Following the capsizing of the car carrier as it exited the Port of Brunswick in 2019, Glynn County, Georgia, has filed a lawsuit against several parties involved in the Golden Ray and subsequent wreck disposal operation.

The defendants in the lawsuit are the Golden Ray’s owner, GL NV24 Shipping; manager, Hyundai Glovis; operator and technical superintendent, G-Marine Services; ship’s agent at the Port of Brunswick, Norton Lilly International; and salvage company, T&T Salvage, which cut and removed the partially submerged wreck over a two-year period.

The case claims damages for claimed negligence, alleging that the defendants, with the exception of T&T Salvage, failed to ensure the vessel’s stability prior to its departure from Brunswick, as well as trespassing and causing a public and private nuisance.

T&T has been charged with negligence and liability for “ultrahazardous acts,” such as cutting up the partially submerged vessel, which resulted in more oil spills and fires.

Glynn County, the plaintiffs, are seeking a jury trial for losses caused by the shipwreck and salvage.

According to the NTSB’s investigation report, the 656-foot-long Golden Ray capsized less than 40 minutes after departing the Port of Brunswick on September 9, 2019, after heeling quickly to port during a 68-degree turn to starboard.

The chief officer’s miscalculation of entering ballast quantities into the stability calculation algorithm was considered by the NTSB to be the probable cause of the capsizing. The lack of effective procedures in G-Marine Service’s safety management system for checking stability estimates contributed to the accident.

The Golden Ray also failed to fulfill international stability standards at the time of takeoff, according to the NTSB.

All 23 crew members and one pilot on board were rescued when the ship capsized, including four engineering staff members who had been trapped for about 40 hours.

T&T Salvage sliced up the half-submerged wreck into eight sections, which were then raised onto barges and delivered to a recycling facility, using the heavy-lift crane vessel VB-10000. The final part of the Golden Ray was removed in October, more than two years after the capsizing, after many setbacks including oil spills and a severe fire in May 2021. 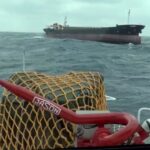 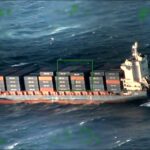