After a three-year conversion at the Karmarine Shipyard, a 146-meter semi-submersible expedition yacht has returned to the sea in Turkey.

The odd watercraft began life in 1982 as the Super Servant 3, a yacht transfer ship built by Oshima Shipbuilding, a Japanese commercial shipbuilder. The converted ship will now sail under the name OK, with a new exterior designed by Timur Bozca, winner of the 2015 Young Designer of the Year award. 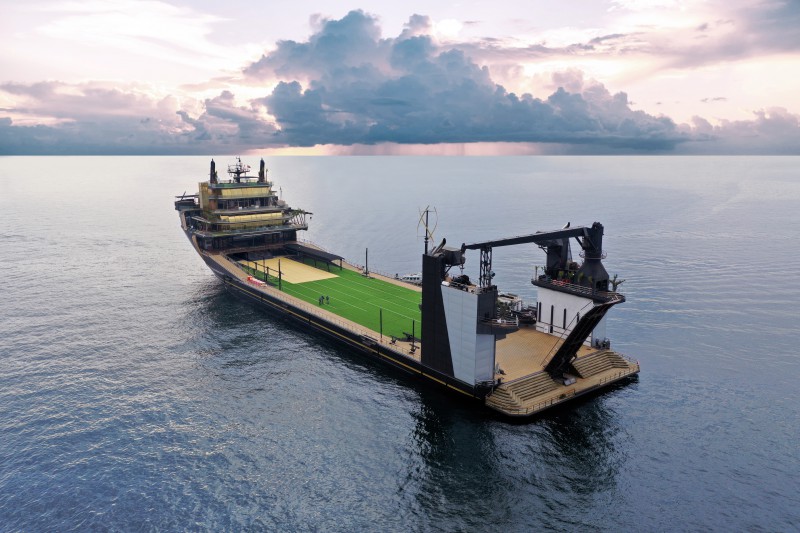 “The vision was to create a floating island concept that could hold many toys – even a seaplane or another superyacht – without breaking the powerful outlines of the previous version,” said Bozca. 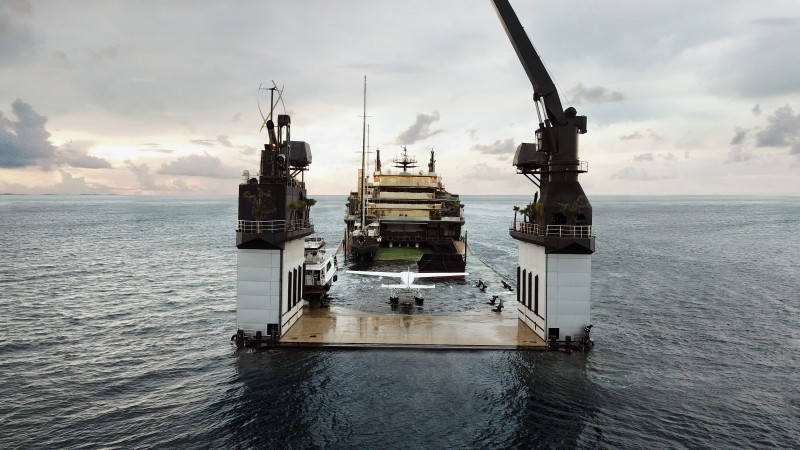 The design has nearly 3,000 square meters of open deck space, enough storage for tenders, buggies, amphibious vehicles, and the ability to accommodate a 46-meter sailing yacht. Due to the yacht’s capacity to submerge the aft platform, land vehicles can be driven onto the deck, while seafaring boats can sail directly on board.

The ship supplies water ballast to allow the load to float over the deck; once in place, the ballast is ejected, and the ship’s deck and cargo rise above the waterline. A 40-tonne crane can launch and recover smaller toys and tenders.

An indoor swimming pool enclosed by glass windows, an outdoor movie setup, a botanical garden, and four aquariums are among the other features at OK. Furthermore, once the aft deck has been cleared, the area can be used as an open-air tennis court on the water.

The front portion of the yacht’s structure has guest and crew accommodations, which can sleep a total of 20 passengers. According to Bozca, “maximum comfort” was one of the design focuses.