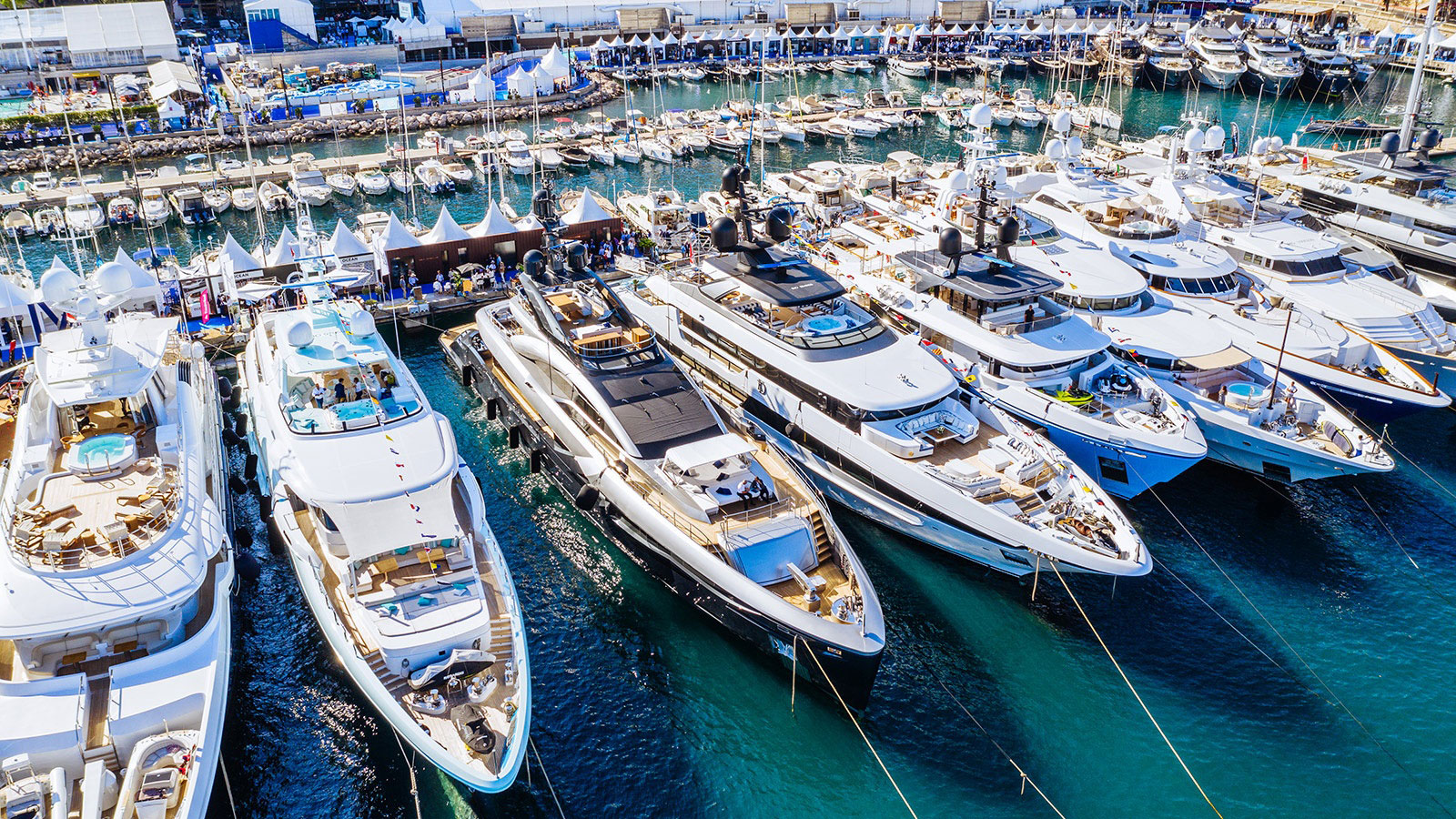 Super Yacht Time examines the top 20 yachts expected to attend at Palm Beach International Boat Show this year. The event will take place in West Palm Beach from Thursday, March 24th, to Sunday, March 27th, 2022, and will feature a variety of yachts and accessories, as well as entertainment, live music, and over 100 food vendors.

Bold, an 85.3-meter superyacht explorer from Australian builder SilverYachts, sits at the top of the top 20 list. The yacht, designed by Espen Ino International, is one of the most eye-catching vessels in the global fleet, with a warship-style look enhanced by her grey hull. She can accommodate up to 12 guests and has two helipads on board. She will be the biggest yacht on display at the boat show.

Plvs Vltra is a 74-meter superyacht built by Amels and Damen Yachting in the Netherlands. The name, which means “far beyond” in Latin, reflects the owner’s pursuit of perfection. The exterior of the 2016 superyacht was designed by Tim Heywood Design, and the interior stylings were done by Winch Design, who employed the colors and notes of a luxury hotel throughout. A spacious swimming pool, a beach club, and a spa with a sauna and steam room are just a few of her highlights. She has room for up to 12 passengers, who will be looked after by 23 crew members. Plvs Vltra is powered by two CAT engines that allow her to cruise at 15 knots.

In 2015, the 63-meter steel and aluminum superyacht 11.11 was launched. Benetti was in charge of her unique design, naval architecture, and exterior. Candy and Candy designed the interior, which combines dramatic monotone colors, polished stainless steel, handmade chandeliers, and immaculate Italian marble. Tracy Emin, Hans Kotter, Dominic Harris, David Yarrow, and Ben Sack are among the artists whose contemporary artwork and photography she has onboard. 11.11 has two master bedrooms, each with its own deck and Jacuzzi, as well as an office. When privately chartered, she can accommodate up to 12 charter passengers in six staterooms.

Mizu, a 53.03-meter Oceanfast motor yacht, was delivered in 2004 and has a unique design. She was built to explore the world’s waters in beauty and comfort, with an interior designed by Sam Sorgiovanni that is both quiet and lively. The 498 GT superyacht boasts an incredible list of amenities, including a Jacuzzi, basketball court, and lots of places for her ten guests to unwind! She has a thrilling top speed of 28 knots and exceptional long-range cruising capabilities.

The Australians constructed She’s a 10, with a length of 49.5 meters, making her the show’s fourth-largest yacht. Since her delivery in 1989, the Oceanfast constructed superyacht has been painstakingly maintained and features the original designs of Jon Bannenberg and Phil Curran. Her interior spaces, which are timeless and exquisite, can accommodate up to 12 guests in five staterooms, including an upper deck master suite with an ensuite bathroom. She’s a 10, with a cruising speed of 22 knots and a top speed of 28 knots.

Oceanfast’s Thunder is a 49.99-meter superyacht. The boat, which was built in Australia, can accommodate up to ten guests in five bedrooms, including two doubles and three twins. A Jacuzzi bathtub and steam room complement the owner’s cabin, which takes up the entire beam. Thunder has Bannenberg & Rowell Design’s exterior and interior stylings, as well as Phil Curran Design’s naval architecture with long lines from bow to stern. With a top speed of 25 knots and a cruise speed of 18 knots, she is a formidable vessel.

The Rossinavi superyacht EIV, which has a 498 GT engine and a length of 48.8 meters, has a slim form with continuous glass panels. The Italian shipyard Rossinavi delivered the full-custom superyacht in November 2020, with interior and external design by Team for Design, Enrico Gobbi. She can accommodate 10 people in five cabins and is decorated in a bright and natural palette with subtleties of wood and fabrics, as well as materials like onyx and leathers and bronzed brass metal embellishments. While traveling at 10 knots, EIV can attain a top speed of 19 knots and has a range of 3600 nautical miles. 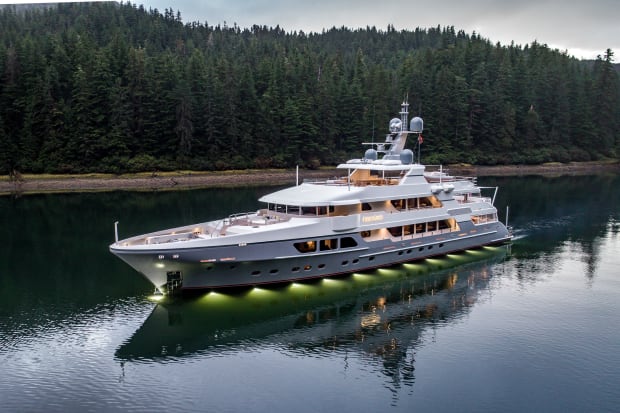 Endless Summer is a 45.72-meter Feadship superyacht constructed to order. Sally MacMillian designed the inside of the 1991 Dutch constructed classic, while De Voogt Naval Architects designed the exterior. Endless Summer can seat up to 12 passengers in six staterooms, with a 12-person crew. The large decks of this tri-deck boat are ideal for resting. Her top speed is 14.5 knots, and she operates at 12 knots. 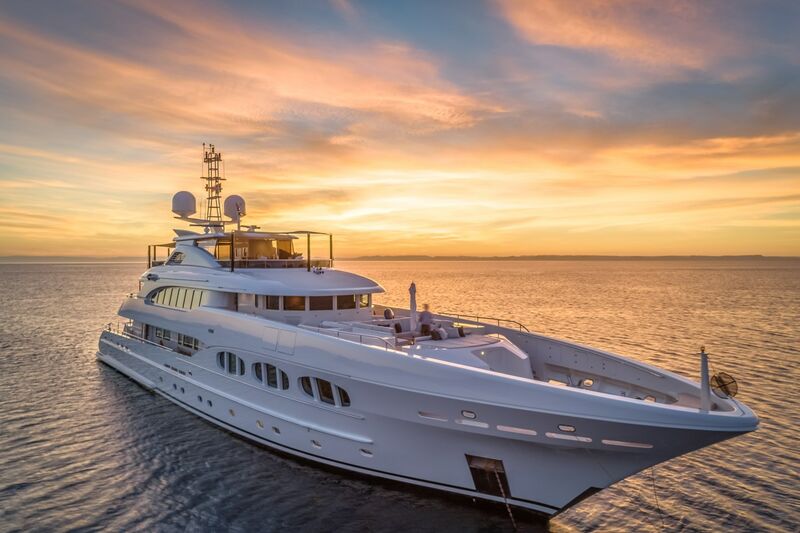 The superyacht Odyssea was built in the Netherlands in 2012 and has an exterior design by Omega Architects and an interior design by Bannenberg & Rowell Design. The 46.7-meter motor yacht can seat up to 12 guests in six staterooms, as well as ten staff members in six cabins, including the skipper. The 491 GT belongs to the Heesen 4,700 series and is powered by twin MTU diesel engines that allow her to reach a top speed of 15.5 knots.

Daybreak, a 46.7-meter superyacht built by Feadship in the Netherlands, was delivered in 1997. Daybreak is a steel-hulled yacht with an aluminum superstructure and teak decks, with interior style by Larvor and exterior designs by De Voogt Naval Architects. She was recently refurbished in 2018. She has six staterooms and 469 GT of the area to host up to 12 people. She has a top speed of 14.5 knots and is powered by twin Caterpillar engines. 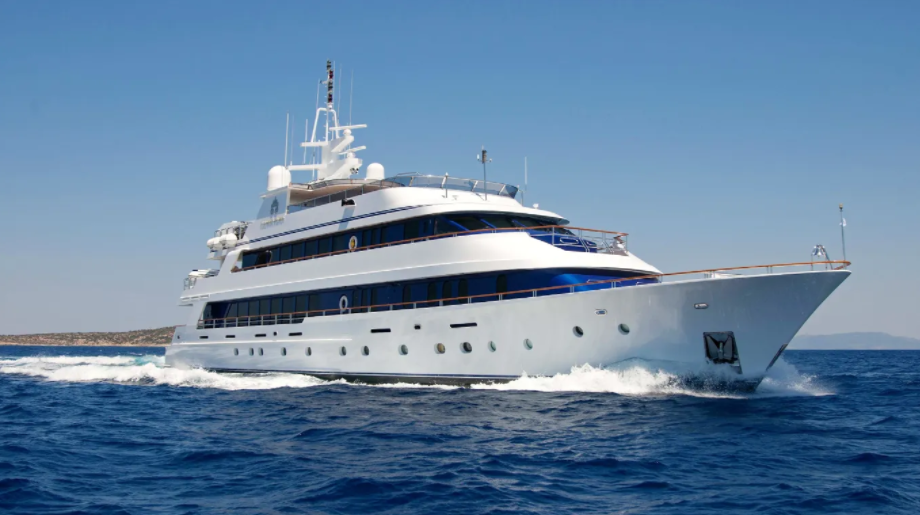 Palmer Johnson Savannah’s Ionian Princess is a 45.72-meter superyacht. The 2005-built yacht received a complete makeover in 2019 that included all new furniture and entertainment rooms. Setzer Design Group created the outside of the Ionian Princess, while Donald Starkey Designs created the inside. She has been used frequently as a charter boat and can accommodate up to 12 guests in six elegant bedrooms. She can reach a high speed of 15 knots, cruise at 12 knots, and has a range of 2,000 nautical miles. 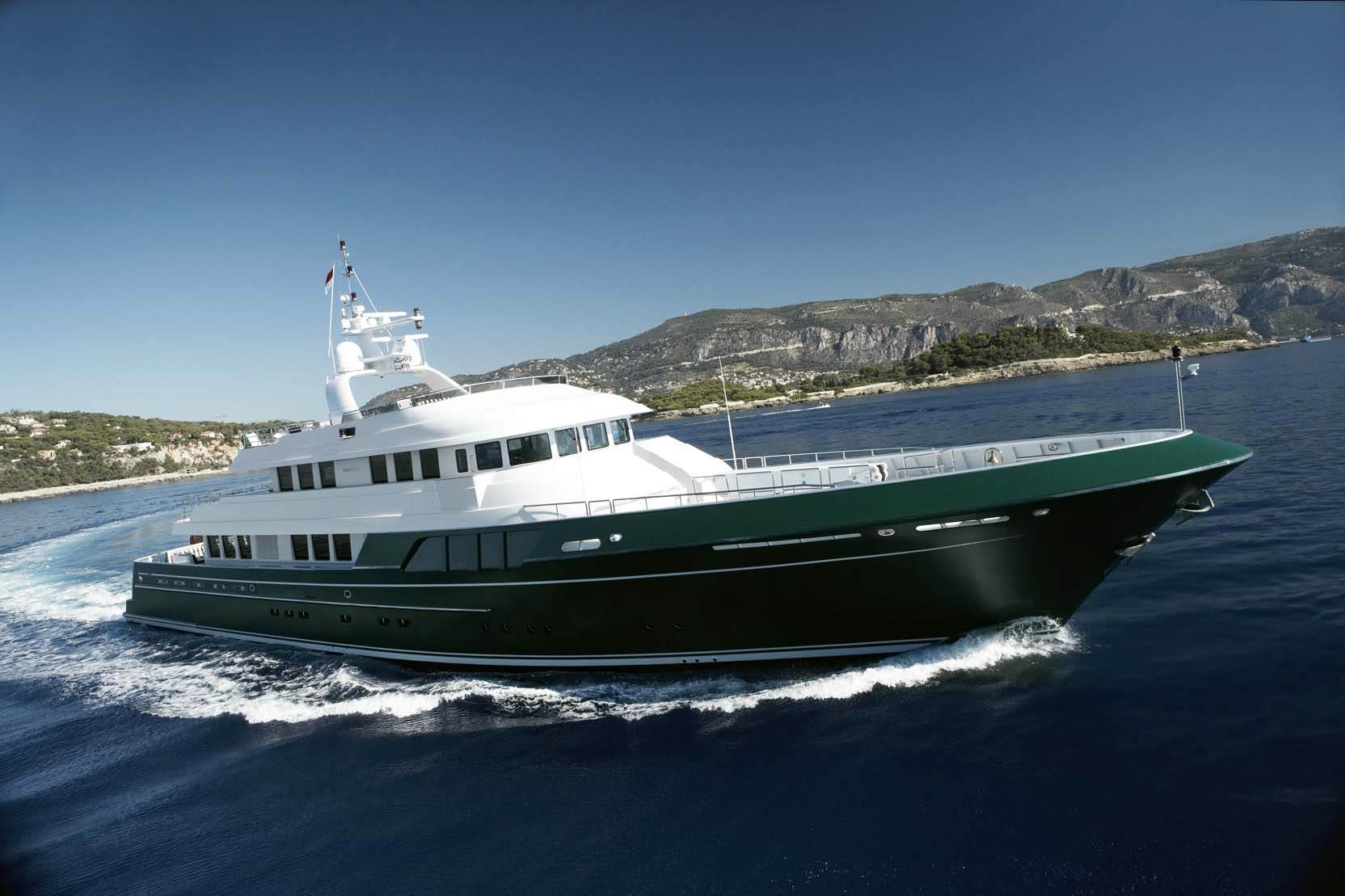 Dorothea III, a 473 GT Cheoy Lee superyacht, is 45 meters long and has traveled to more than 75 countries since her launch in 2007. Over the last seven years, the Dorothea III has undergone three significant refits, including complete external painting, generator replacement, engine overhauls, and intensive maintenance to the ship’s systems. She has an interior design by KCA International Interior Architects and has four staterooms to accommodate eight people. She is propelled by a single Caterpillar engine with a top speed of 14.5 knots.

The 44.2-meter Benetti superyacht Il’ Barbetta was built in 2009 and contains Stefano Righini Design’s exterior interior stylings, as well as Bannenberg & Rowell Design’s interior design. She has five traditionally furnished staterooms that may accommodate up to ten guests. She can also seat a nine-person crew in five cabins. She is propelled by twin Caterpillar engines that allow her to cruise at a comfortable 12 knots.

No Buoys is the oldest yacht on the list, having been delivered in 1985 by Abeking & Rasmussen of Germany. Orsini Design Associates created the inside of the 279 GT aluminum superyacht, while Tom Fexas Yacht Design Inc created the exterior. She was completely remodeled in 2019 and is ideal for luxury charters. She can accommodate 12 guests in six bedrooms and has a staff of six onboard. The two MTU engines on board No Buoys allow her to reach a top speed of 20.9 knots and a cruising speed of 16 knots. 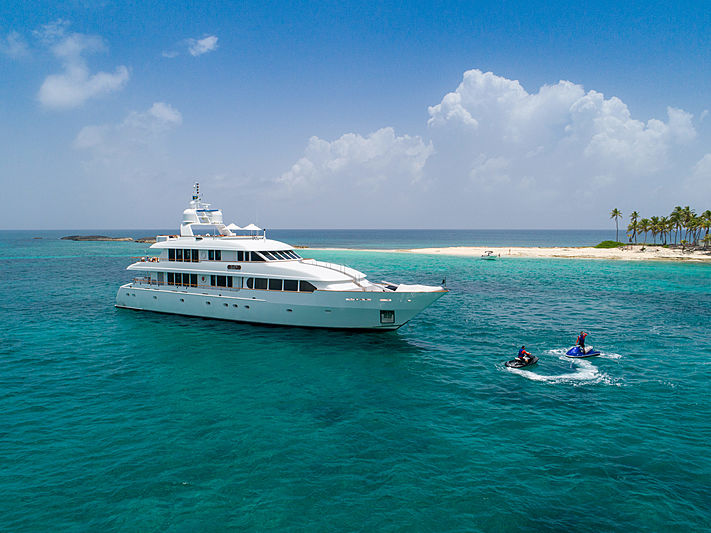 Trident delivered the 40.23-meter superyacht Just Sayin’ from the United States in 1999. She has the capacity for up to nine guests in four staterooms, as well as a crew of seven in four cabins. Carr Design created the outside of the 383 GT yacht, while Dalton Designs Inc and VM Yacht Design created the interior. It was refurbished in 2021 and has a roomy and well-appointed interior. She cruises at a pleasant 10 knots and is on her way to a top speed of 12 knots. 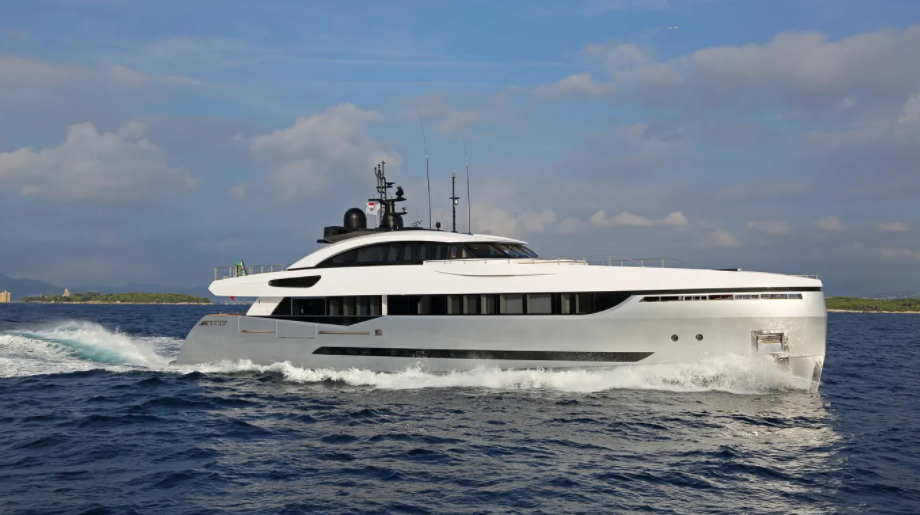 The all-aluminum superyacht Leudin I was built by the Italian Palumbo Shipyard in 2015 and combines Hydro Tec’s naval architecture and exterior design, as well as Hot Lab’s interior design. Leudin I can accommodate up to eight passengers in four staterooms, as well as a five-person crew. The 395 GT yacht was delivered in 2013 from Italy and has a top speed of 22 knots and a cruising speed of 15 knots. 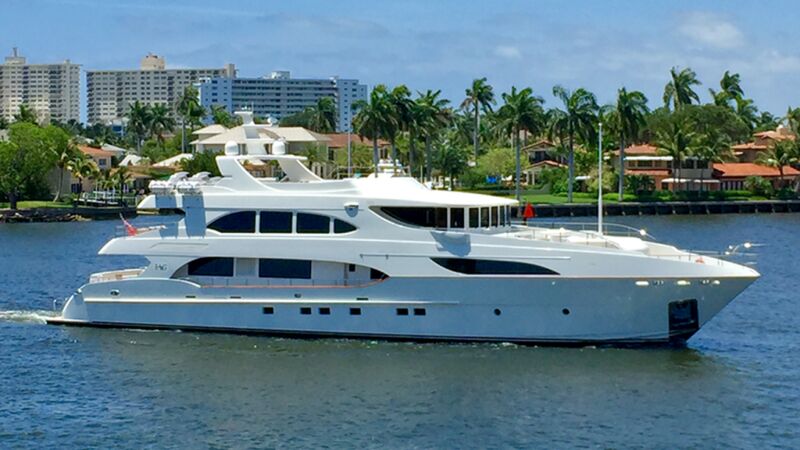 IAG delivered the 38.71-meter Kimberlie from China in 2010, making her the shipbuilder’s sixth-largest yacht. Kimberlie can accommodate up to 12 guests in six staterooms and has an eight-person crew, including the master. Her shipbuilder IAG designed the interiors, while YD&AS designed the exterior. Her interior and sky lounge was updated in 2019, and she was recently refurbished. Onboard, there’s a Jacuzzi and a grill, as well as plenty of food options. Her twin Caterpillar diesel engines give her a top speed of 17 knots and a cruising speed of 15 knots. 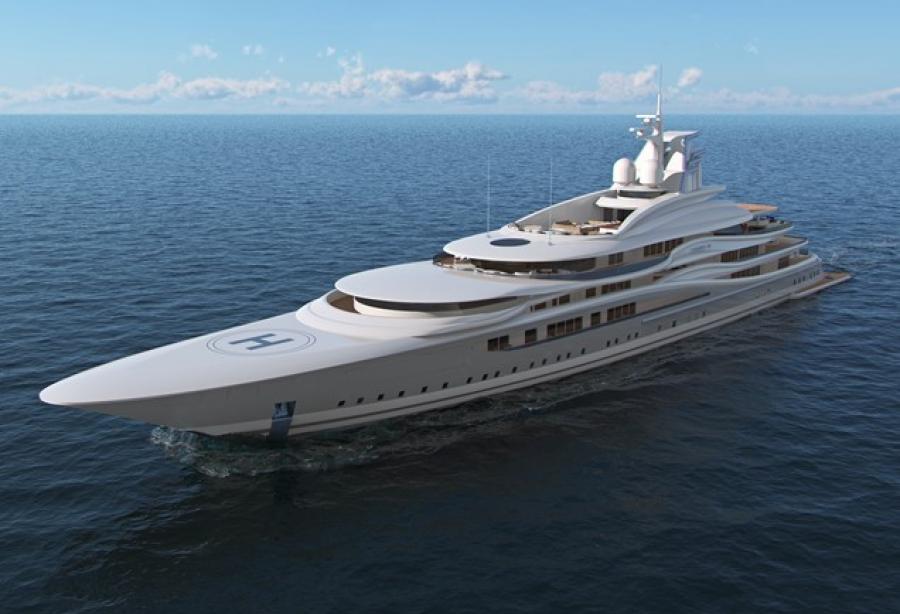 Odin was delivered in 2001 by Trinity, an American shipbuilder. The inside of the 38.4-meter yacht was designed by Claudette Bonville & Associates, and the exterior was designed by Trinity Yacht LLC. She received a major renovation in 2014, which included the installation of all-new carpets and artwork, as well as additional refits and technical upgrades in 2015 and 2018. Odin has four staterooms and three cabins that can accommodate up to eight guests and a crew of five.

Emocean is the first yacht built by Rosetti Superyachts, one of the industry’s newest builders. The exterior design of the 2021 motor yacht is by Hydro Tec, and her silhouette is highlighted by dark glazing of windows that run practically from bow to stern. BurdissoCapponi Yachts & Design’s Francesca Burdisso and Emiliano Capponi designed the interior. She has a wine store with glass walls that can house 150 bottles and is reflected in the mirrored ceiling above. Emocean can carry up to 12 passengers as well as a seven-person crew, including the captain. 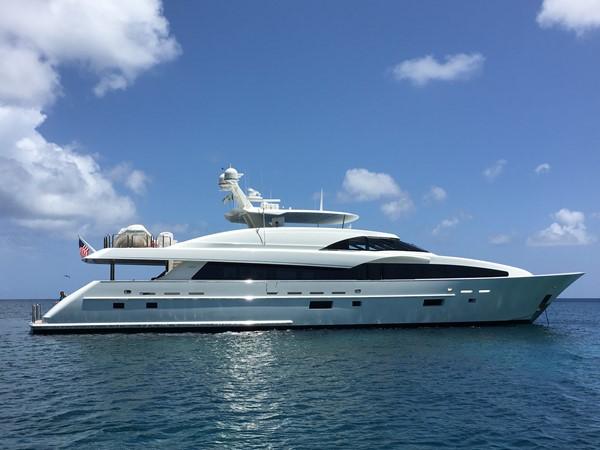 Fugitive, a 38.25-meter Northcoast yacht, with a whopping 254 GT of space for her 11 guests to enjoy. The interior of the 2010 flybridge yacht was designed by Adriel Design, Inc, while the exterior was designed by Northcoast Yachts. The boat, which was built in the United States, can also accommodate a crew of six people, including the captain. Fugitive can reach a top speed of 20 knots and a cruising speed of 18 knots thanks to her twin Caterpillar engines. 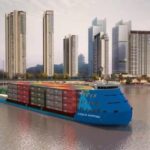 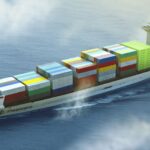