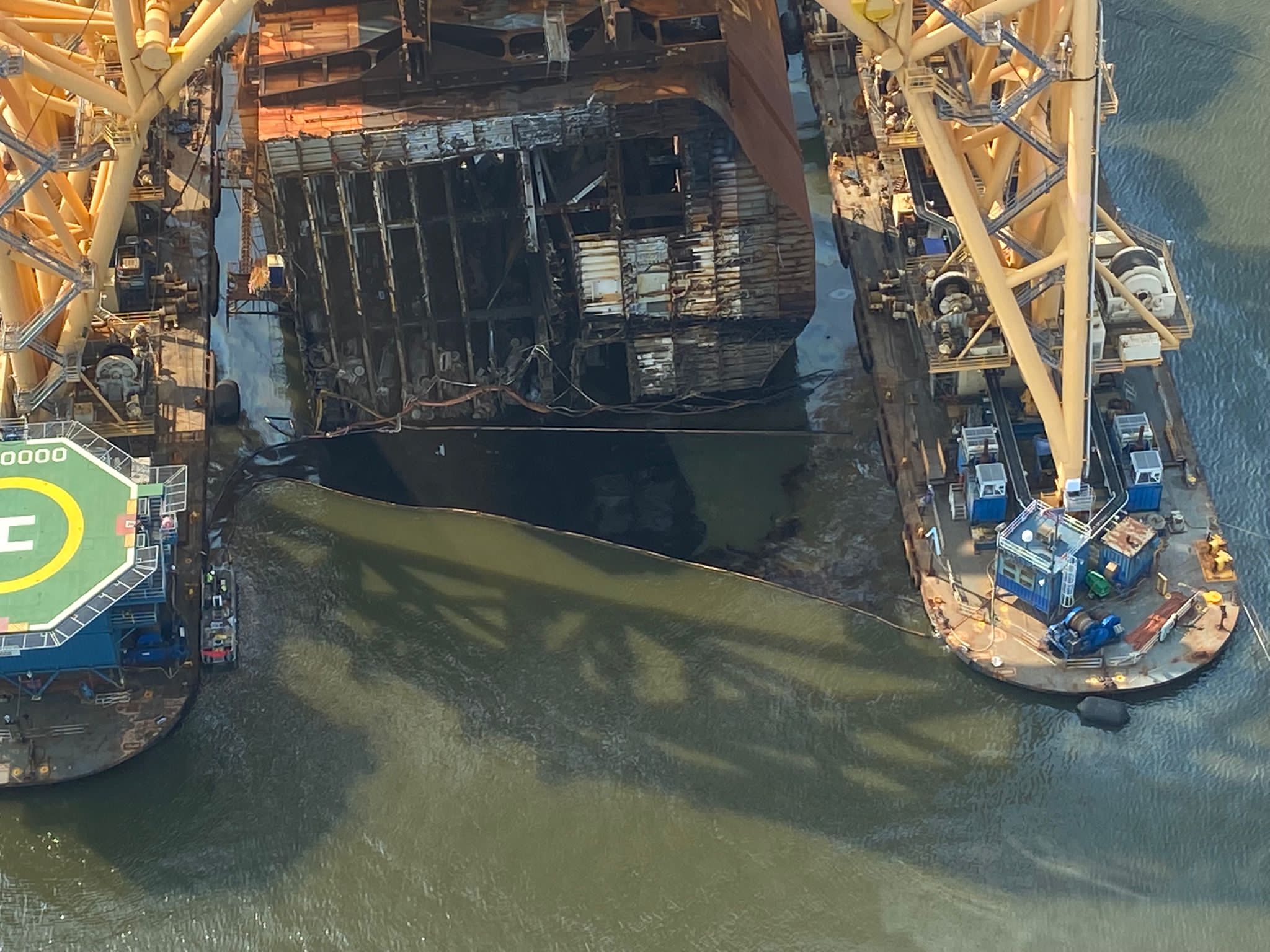 Oil is still leaking from the Golden Ray, a roll-on/roll-off (ro-ro) vessel that capsized off the coast of Georgia nearly two years ago, and cleanup persons are still working around the clock to stop it.

After workers dismantled a section of the Golden Ray, the leak began about a week ago. Oil spilling from the wreckage was pushed behind an environmental protection barrier erected around the half-submerged ship by the tide.

Oil was still leaking from the wreckage on Friday, according to Michael Himes, a spokesperson for the St. Simons Sound Incident Unified Command.

“The No. 1 priority is to contain the [oil] discharges,” Himes told FreightWaves.

The multiagency group in charge of the Golden Ray’s removal from St. Simons Sound is the St. Simons Sound Incident Unified Command. After leaving the Port of Brunswick, Georgia, the ro-ro vessel capsized in the sound on September 8, 2019.

Five sections of the ship have been dismantled and removed by the Unified Command, but the sixth piece began leaking oil as crews attempted to hoist it out of the ocean.

The specific cause of the leak has yet to be determined by crews. When the Golden Ray sank, it was carrying 4,200 automobiles. A total of 24 people worked on the ship, including 23 crew members and a pilot. All members of the crew made it out alive.

“The other part of the lifting procedure is to control the source of the discharge,” Himes said. “With each lift, we’ve been able to get the section a little bit higher before a discharge happens.”

According to modeling conducted by the US Coast Guard, the capsizing was caused by unstable ballast levels that did not comply with stability rules.

The oil spill occurs two months after the wreckage of the Golden Ray caught fire, forcing even another delay.

Response vessels are continuing to retrieve oil from St. Simons Sound, according to Himes, while shoreline persons are removing oily sand from neighboring beaches. 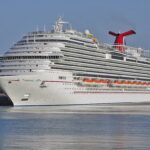 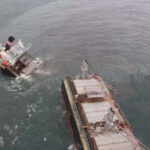