When the unexpected occurred, Julie McSorley and Liz Cottriel were kayaking in San Luis Obispo Bay in California. The two spent a brief period in the jaws of a massive humpback whale before being swallowed up. The entire incident was captured on camera by adjacent individuals, and because it happened so quickly, the two women were unaware they were in the whale’s throat until they later watched the video.

During the humpback whales’ active season in the bay close to Avila Beach in the fall of 2020, the incident took place. McSorley was one of the paddlers and kayakers who visited the area to observe the animals feeding. Therefore, despite her buddy’s hesitation, McSorley persuaded her friend they should go again when Cottriel arrived.

“Her reaction was, ‘No, I don’t like the ocean. I’m scared of sharks. I’m scared of anything I can’t see in the water.’ And I so ignorantly told her, ‘Oh, they’re never going to dump you over. The kayaks are very stable. I’ve never had an issue,'” McSorley recalled.

For the first hour in the water, everything was calm. The two ladies would keep an eye out for schools of fish, often known as “bait balls,” wait for the whales to dine, and then relocate to that location a short while later while wearing life vests and paddling kayaks. When McSorley and Cottriel noticed tiny fish around them, they were waiting and watching for the next bait ball.

“So I knew it was going to be very close, but again, I’d seen whales breach right next kayaks before. So my mind was like, this is going to be, you know, super cool,” McSorley shared. “And then all of a sudden the boat lifted up and we were dumped in the water very, very quickly.”

As the whale closed in on them, Cottriel claimed she could see its mouth and knew she was doomed. “Next thing I know, I’m underwater.”

Thankfully, the women live and now have a fantastic tale to share. 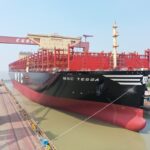 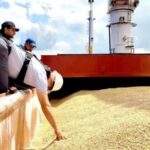