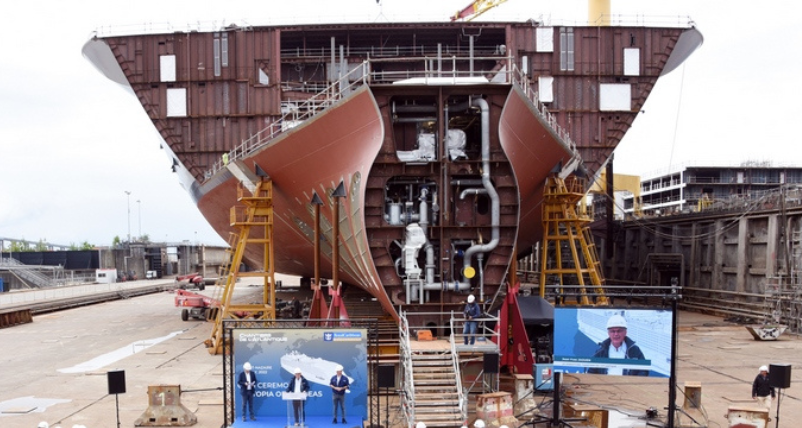 Royal Caribbean International’s Utopia of the Seas construction has reached its initial major milestone as the vessel’s keel was laid today at the Chantiers de l’Atlantique shipyard in Saint-Nazaire, France, for the Oasis-class vessel. The LNG-powered ship is expected to go into service in spring 2024.

“The keel laying for Utopia of the Seas represents the first milestone of an incredible ship and the next step toward a bolder, thrilling future for Royal Caribbean and vacations,” said Michael Bayley, president and CEO, Royal Caribbean International. “Utopia’s debut in 2024, on the heels of Icon of the Seas setting sail in fall 2023, will build on a new, exciting chapter that is set to redefine family vacations and getaways for all ages in ways we’ll soon reveal.”

In the ceremony, team members working on Utopia were present as newly-minted coins were placed inside the ship’s initial 948-ton (860 tonnes) blocks of stainless steel. A long-standing maritime tradition calls for coins representing Royal Caribbean and Chantiers de the Atlantic to ensure luck during construction and while the vessel is in the sea.

“Today, we are celebrating with Royal Caribbean International an important tradition and milestone for Utopia of the Seas” said Laurent Castaing, General Manager of Chantiers de l’Atlantique. “The construction of Utopia is an exciting opportunity for the Chantiers de l’Atlantique teams that are aiming to make this cruise ship one of the most environmentally friendly ships in the world equipped with new generation dual-fuel engines.” 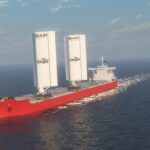 Back to The Future? Cargo Giant Cargill Turns to Sails to Cut carbon 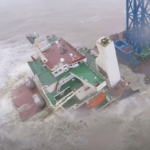