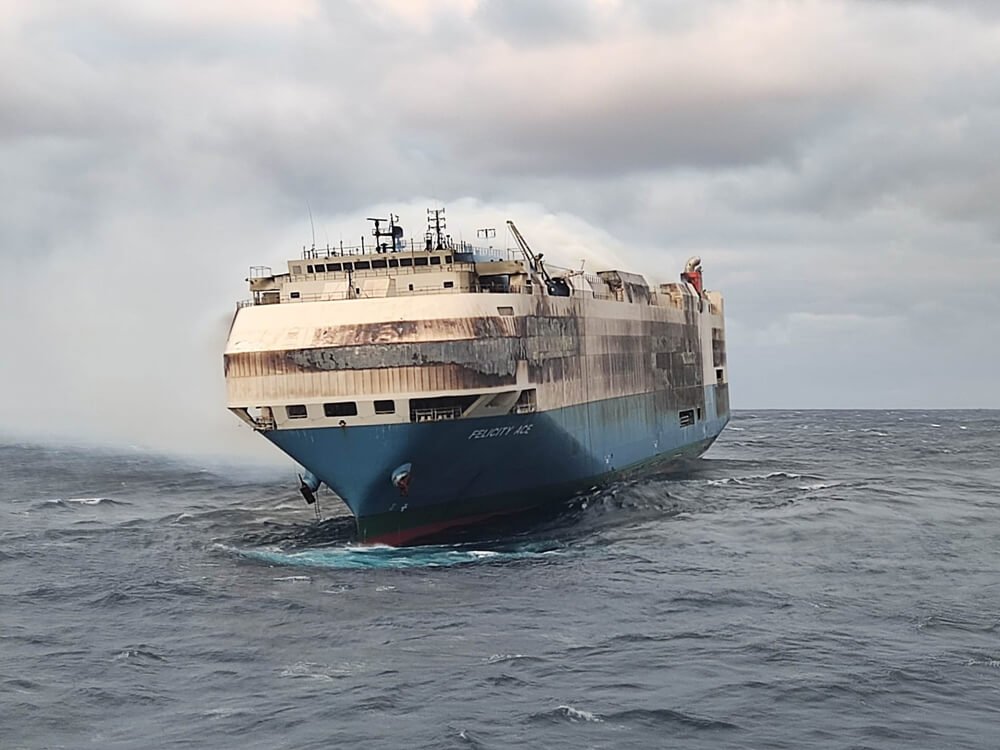 The car carrier Felicity Ace continues to drift in the waters roughly 90 nautical miles south of Horta in the Azores, according to new pictures published by the Portuguese Navy. The fire appears to have spread the length of the 656-foot vessel, and she has developed a slight list while being stable in fairly calm seas. 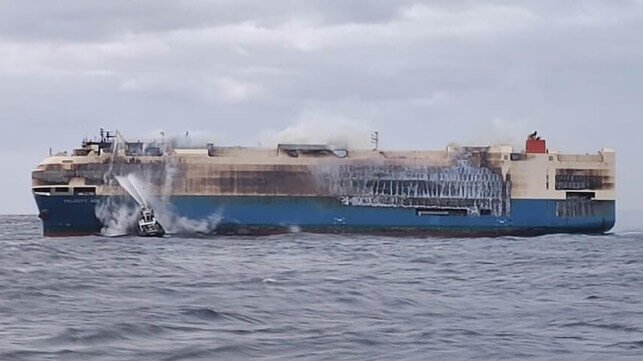 The crew has all been safely relocated to a hotel in the Azores, according to the vessel’s owner and manager, Japan’s Mitsui O.S.K. Lines via a subsidiary Snowscape Car Carriers.

At the same time, Boskalis’ SMIT Salvage has sent a 16-person crew to the Azores, and heavy firefighting equipment is on its way from Spain and the Netherlands. The initial team was supposed to come today, but ocean-going tugs aren’t slated to arrive until next Wednesday, February 23. 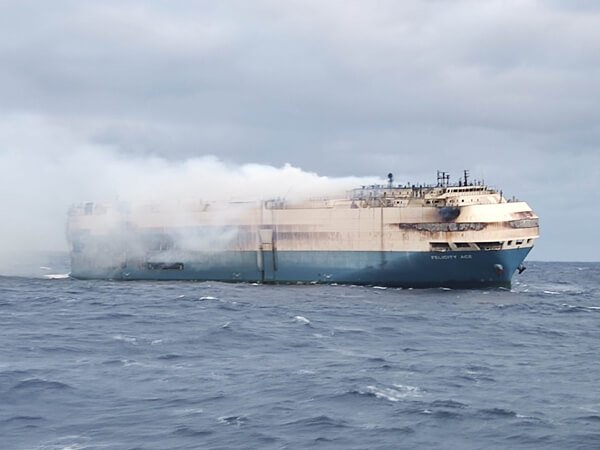 The port captain in Horta told Reuters that the situation is still being monitored by the Portuguese Navy. He did say, though, that the Hulk would not be allowed to enter their ecologically protected zone. The salvage team may have to pull the ship to either the Bahamas or Europe, according to reports.

Meanwhile, speculations about the cause of the fire and the exact extent of the damage are circulating. According to Automotive News, there are 3,965 automobiles on board, with the most of them being Porsche, Audi, and VW, but there could also be around 200 Bentleys and an unspecified number of Lamborghinis. Analysts have estimated the loss of the automobiles alone, without the vessel, to be worth more than $255 million, according to the trade publication.

The idea that the vessel was carrying electric vehicles among its cargo is one of the topics of speculation. The car carrier industry has been focusing on the dangers of electric car batteries, with some speculating that they may be the cause of the incident. Even if the batteries did not start the fire, experts say they are very explosive and contributed to the fire spreading throughout the ship. 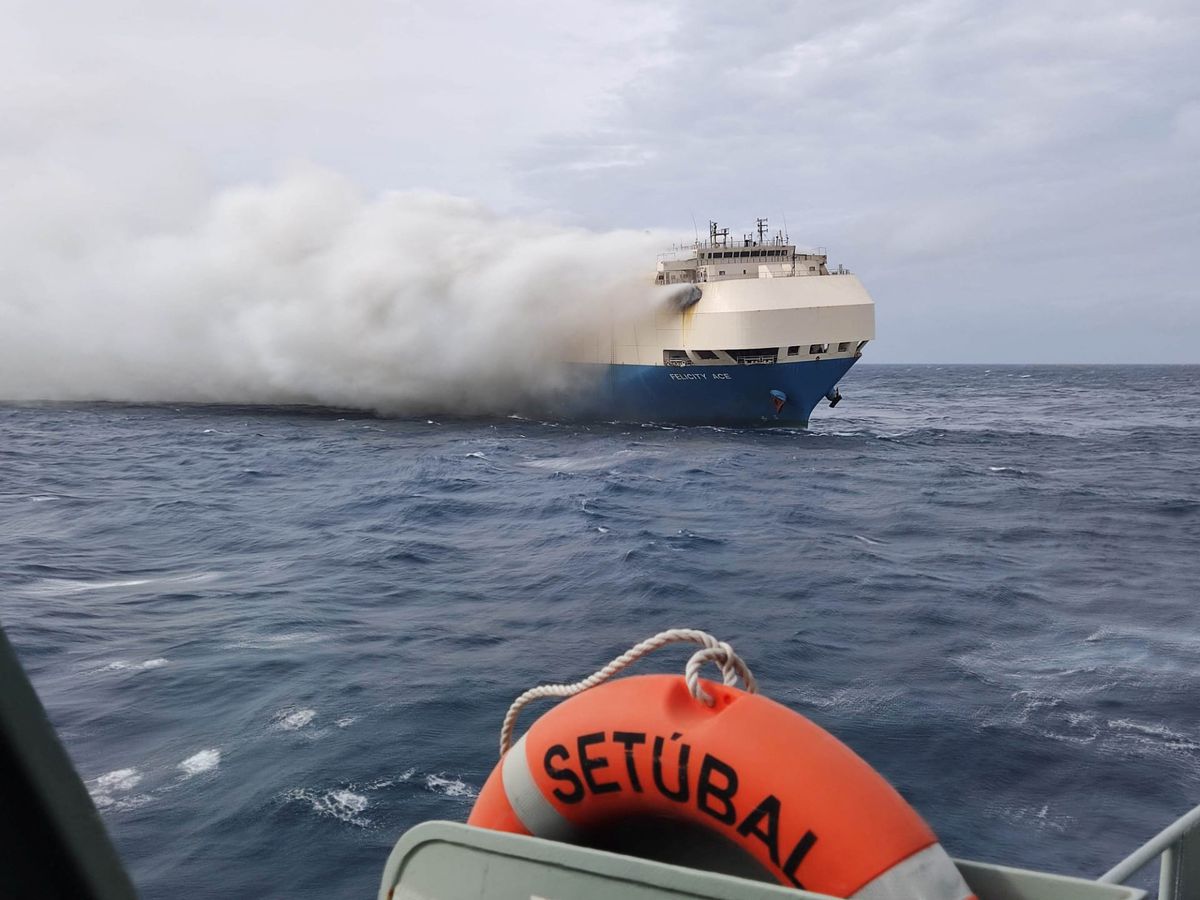 Everything above the waterline has now burned, according to experts on the site. Dates and hours are not stated on the photographs provided by the Portuguese Navy. While some images show the ship spewing smoke, others appear to show that the fire has died down. The presence of batteries on board, according to experts, means that special equipment will be necessary to conduct the firefighting attempts.

Car owners have taken to social media to express their dissatisfaction at the loss of their carefully ordered vehicles, some of which they had been waiting months for.

The Boxster Spyder with Deman 4.5 motor and shorty gears is the best sports car of all time, hands down. I had it specced exactly as I wanted it. There is no moving on. https://t.co/egaYJV5VEC 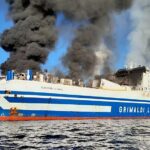 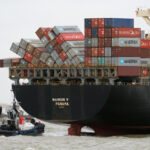