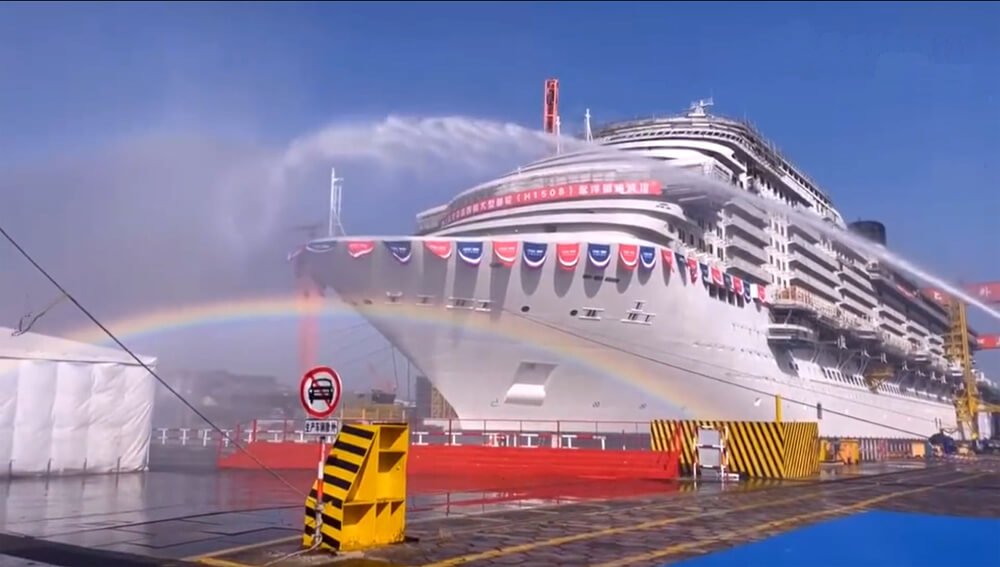 We all have heard about the titanic that massive cruise ship. Ever thought if there is something larger than this?  Twice the size of the great titanic China’s first domestically built large cruise ship was floated for the first time On December 17.  and is expected to be delivered in 2023. According to the Shanghai, Waigaoqiao shipbuilding company limited, a subsidiary of china state shipbuilding corporation limited.

The vessel has finished more than 45 percent of its total construction workload and it’s ready for interior decoration the completion of mechanical and electrical facilities as well as system adjustments after 731 days of work. The 323 meters long 37.2-meter wide cruise ship is taking shape and it’s due for delivery in 2023.

The ship which is part of a joint venture between china’s tapeship building corporation or cssc and carnival corporation is viewed as the first step for the Chinese to enter the cruise ship construction business. That is currently centered in Italy, Germany, France, and Finland. Carnival Corporation announced in October 2015 that it had formed a joint venture with china’s state shipbuilding corporation or cssc and china investment corporation or cic to launch a multi-ship domestic cruise brand in the Chinese market. The effort was in addition to the company cruises from china aboard its Costa and Princes at cruise brands announced in 2016. Its intention to build two large cruise ships for the domestic Chinese market and finalize the agreements in late 2018.

Shanghai Wai Gao Kyo ship building will construct the ships and then deliver them to a joint venture between CSSC and carnival that will be tasked with operating the vessels to attend the Chinese tourism market the contractual price of each ship is 770 million dollars.

The first of the ships is scheduled to be delivered to the joint venture in 2023 and the second in 2024. The three parties also agreed on an option for another four vessels of the same type the project marks the first time China will build a large advanced cruise ship on its own. It’s a new milestone for the country’s shipbuilding industry, because it marks an end to china’s inability to design and construct large cruise ships.

The two cruise ships which will each measure 1062 feet in length and 135 500 cross tons are being built at shanghai’s Waigaoqiao ship building company the first steel for the ships was cut a year ago while CSSC has also been developing the infrastructure to support its entry into cruise ship construction. 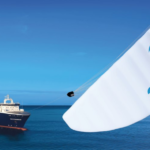 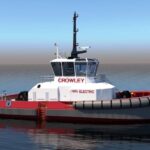