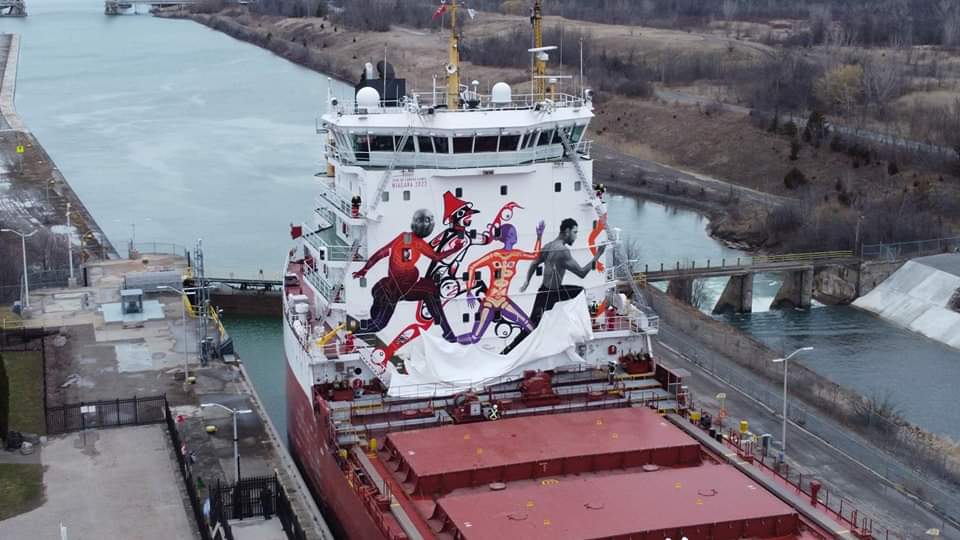 A ship’s accommodation block has a larger canvas than most. Canada Steamship Lines (CSL) celebrated the official start of the St. Lawrence Seaway navigation season yesterday by unveiling The Runners, a work of art painted on the CSL Welland, a 36,364 dwt bulk carrier.

The colossal 16-by-14-m mural depicts four runners in motion and was created in the lead-up to the Niagara 2022 Canada Summer Games, for which the shipping line is sponsoring the torch relay. It was created by four Canadian artists and was inspired by Greek artistic traditions depicting sport.

The mural was commissioned by CSL and designed by renowned Canadian artists Bryan Beyung, Emmanuel Jarus, Andrea Wan, and K.C. Hall. Each artist painted a runner in their own unique style, vision, and tradition. The four artists – each from a different part of Canada – created the four characters of The Runners based on sketches they developed and shared over Zoom meetings.

CSL’s technical team collaborated with Papineau Sandblast to install scaffolding, a massive tarp, and strategically placed heaters to allow the artists to reach the entire surface of the accommodation block while maintaining a warm working environment.

The work was completed piece by piece over the course of one week, after emptying hundreds of canisters of spray paint. For CSL Welland’s journey to the Welland Canal, where the mural was finally unveiled yesterday, a more robust tarp was installed to cover the mural. 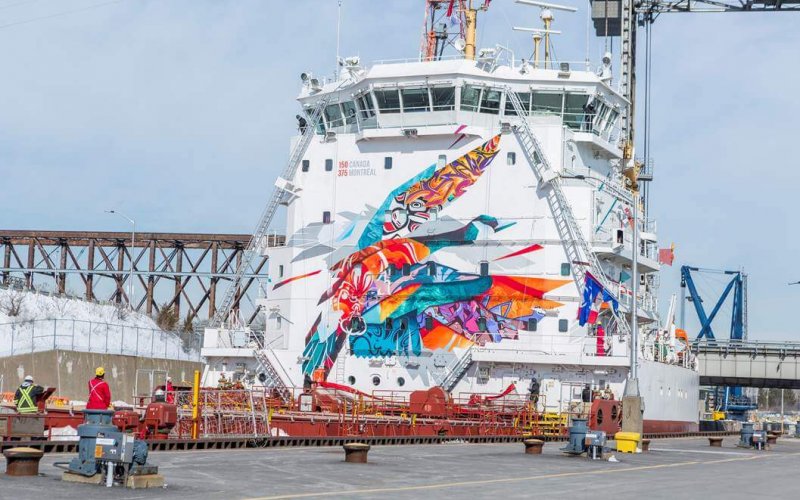 This is not CSL’s first time working on a shipping masterpiece. Between mid-February and early March of 2017, four urban Montreal artists collaborated to create a mural depicting a Canada goose on the bulk carrier CSL St-Laurent (pictured below).

The origins of CSL can be traced back to 1845 and a paddle steamer on the Richelieu River. 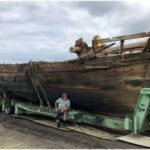 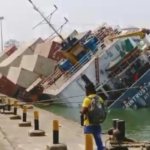