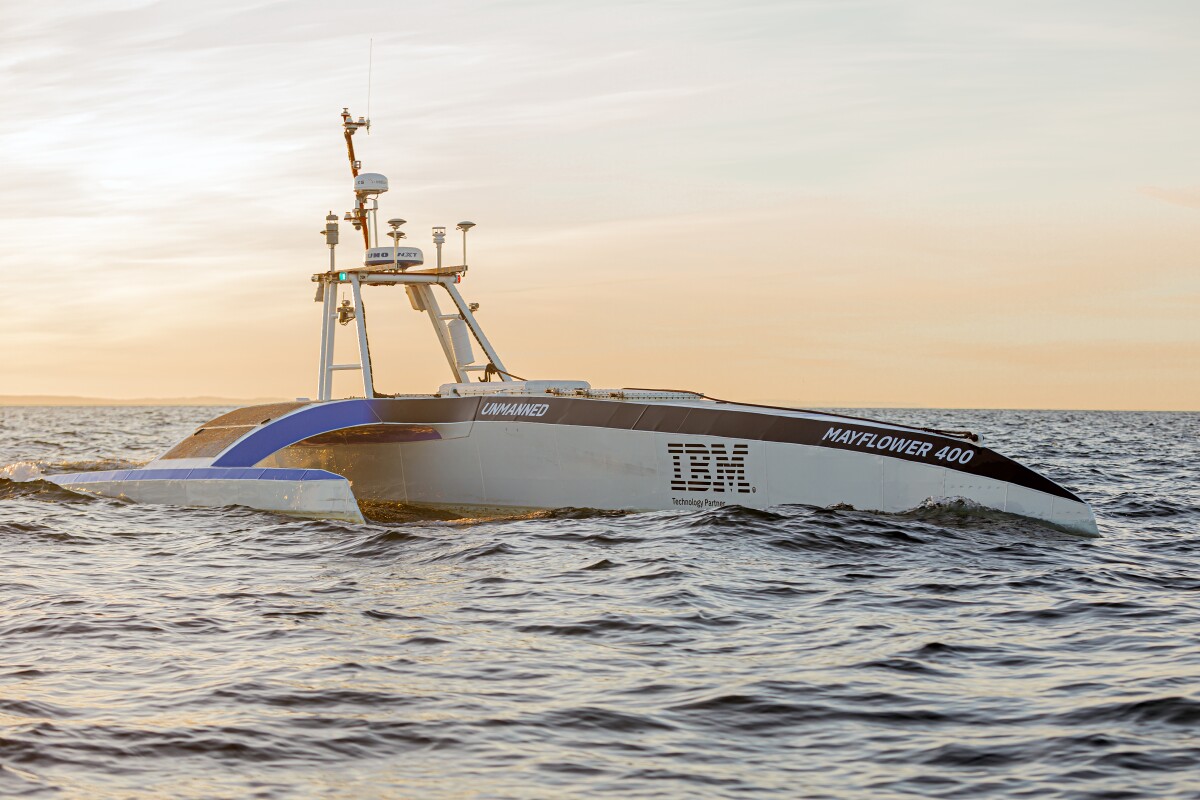 The Mayflower Autonomous Ship has set sail for its second attempt to cross the North Atlantic from the United Kingdom to the United States, navigating the more than 3,000 nautical mile route entirely with artificial intelligence. The ship was supposed to arrive in June 2021, in time for the 400th anniversary of the Pilgrims’ voyage to the New World, but it was delayed by a pandemic and then a mechanical failure on its maiden attempt. If it succeeds, the MAS400 will be the world’s largest autonomous vessel to traverse the Atlantic.

The craft, which is 50 feet long and weighs five tons, was developed in a research partnership involving the University of Plymouth, IBM, autonomous vessel specialists MSubs, and the charity Promare, which promotes marine research, at the cost of more than $1 million. The project’s goal is to collect ocean research data and demonstrate the emerging capabilities of AI to navigate vessels during the crossing, which took more than four years to develop.

The MAS400 is equipped with six AI-powered cameras that feed photos to computers that have been trained to recognize the land, ships, and other potential obstacles through the analysis of over one million images. There are also 30 onboard sensors and 15 edge devices on board. It transmits data from the voyage to the onshore team via satellite connections, allowing the public to track developments through an online dashboard.

We’ve set sail and are on our way to the United States!

Led by the AI Captain MAS 400 is now in international waters as it attempts to cross the Atlantic Ocean. Follow our journey through our dashboard: https://t.co/CKfRoDepmV pic.twitter.com/MXJrfl2qcv

Since leaving Plymouth on April 27, the vessel has sailed nearly 350 nautical miles at speeds ranging from 5 to 6 knots. Its automatic Twitter account receives hourly updates. If everything goes according to schedule, it should arrive in Virginia in about three weeks. Unlike its namesake, project leaders hope the AI computer will be able to keep the ship from being blown hundreds of miles off course and landing in Massachusetts as the Mayflower did in 1620.

According to the researchers, they programmed the system with the planned course. The computers assess progress to determine how to accomplish the goal, taking into account weather, currents, and other elements and navigating to prevent collisions. The MAS has a range of around 2.5 nautical miles and can detect vessels and other hazards in its path. The vessel and its propulsion are powered by a hybrid wind and solar power system with a diesel backup generator.

The first attempt to cross the Atlantic began on June 15, 2021. Still, the vessel suffered a mechanical problem after completing over 11% of the route, prompting the team to abandon the operation and dispatch a rescue craft to locate and recover MAS400. They reported that the generator’s connection had broken, requiring the ship to rely only on solar power. If allowed to continue on the journey, the scientists determined that it would run out of power.

They also used the time back at base in England to upgrade the craft’s systems. They updated the computer vision software and the mechanical systems to make the craft more resilient during the voyage.

As the Mayflower Autonomous Craft reached international seas, the AI Captain reports that all systems are operational. The camera now shows a gray Atlantic with a long horizon ahead, including views of a dolphin swimming beside it as it headed out of the English Channel. 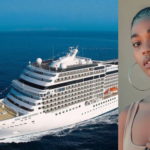 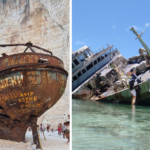