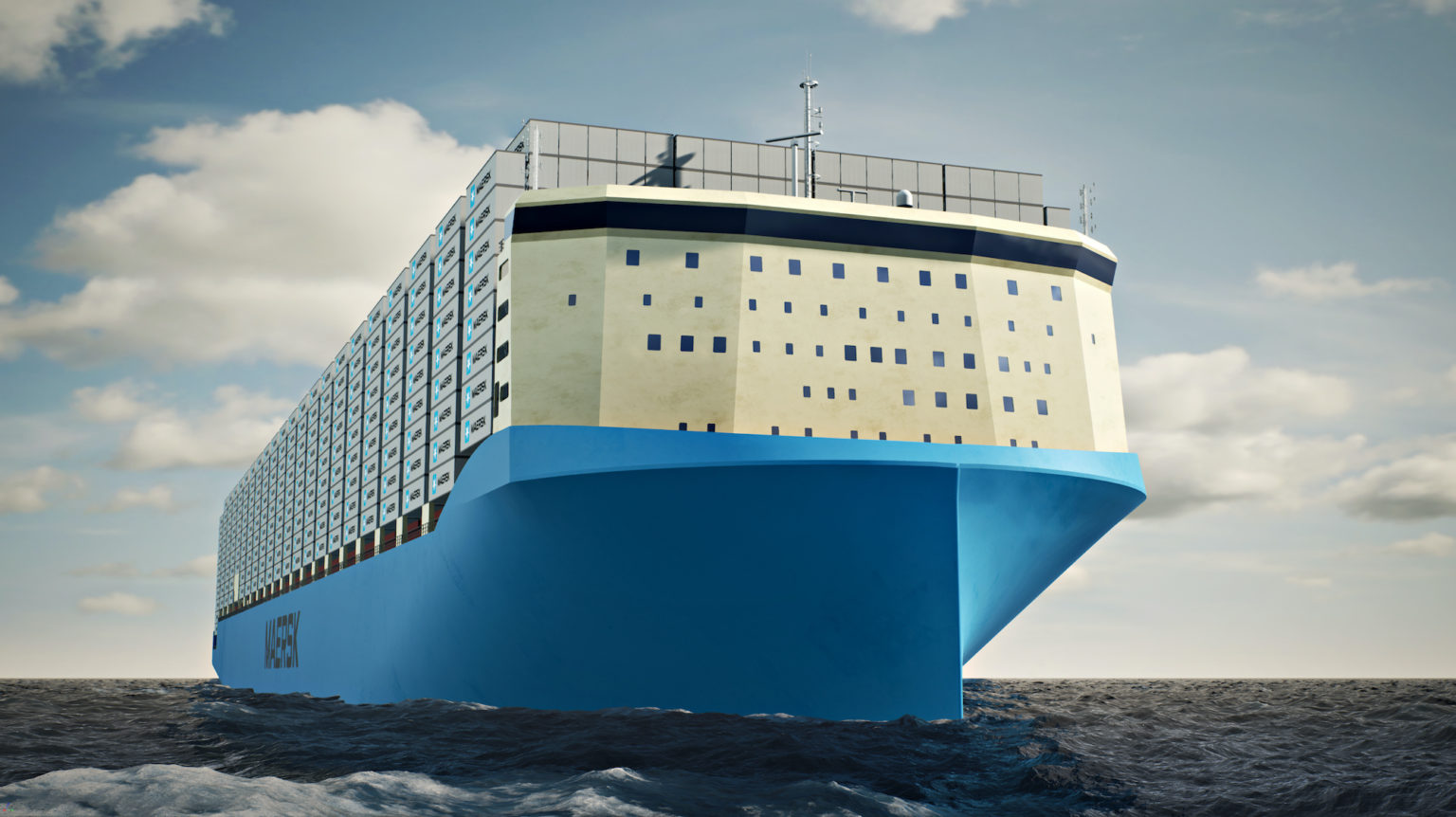 Maersk has unveiled the design of its eight new build 16,000 TEU methanol-fueled containerships. And the decision to use methanol is just the beginning of the advances they will implement.

According to Maersk, their purpose in developing the ships was to ensure that the new vessels could better serve its clients while also contributing to the company’s carbon-neutral transportation ambitions.

It claims that the design provides for a 20% increase in energy efficiency per transported container when compared to the industry norm for vessels of this size.

The vessels will be 350 meters long and 53.5 meters wide and will look very different from anything seen before in larger container carriers. The crew cabins and bridge will be located in the bow to allow for increased cargo capacity. The exhaust stack will be located aft and just on one side of the vessel, allowing for more cargo capacity. According to Laursen, the separation of accommodations and stack will also increase efficiency while in port.

“The making of this took nearly five years, and all while crossing uncharted naval design territory,” says Laursen. “To enable this new design, several challenges had to be addressed. Firstly, crew comfort had to be ensured with the accommodations placed in this more exposed location. Moreover, adequate hull strength was also a key parameter to safeguard, with the accommodation block normally working as a hull ‘stiffener’ when placed further aft. New arrangements for lifeboats and navigational lights had to be developed, plus new cameras to support the captain’s view when navigating.”

The Hyundai Heavy Industries-built series includes a unique dual-fuel engine that can run on both methanol and regular low-sulfur fuel. The vessels will be able to complete an entire round-trip, for example, due to their fuel capacity.

The first vessel is expected to be launched in the first half of 2024. 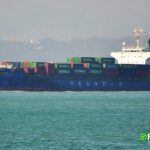 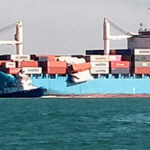