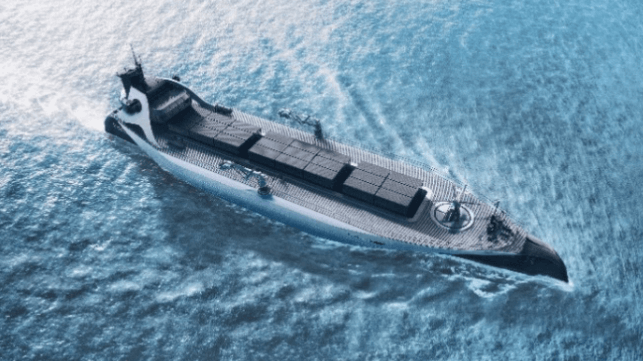 Power X, a Japanese renewable energy startup, has partnered with NYK to develop and test a battery-carrying ship that would transport charged battery modules from offshore wind farms back to shore. For offshore wind development, the concept could be a viable alternative to traditional cabled power connections.

Imabari Shipbuilding, a Japanese yard, has committed to spend $9 million in Power X’s “Power ARK” vessel concept. By 2025, they hope to have a prototype vessel developed in collaboration.

Imabari will provide shipbuilding expertise, while PowerX will develop and manufacture the vessel’s battery storage system and other battery-related equipment.It is estimated that a small version of the ship will be able to transport roughly 220 MWh of power in a single journey.

The trimaran vessel would have a range of up to 185 miles if powered by electricity, which would be enough to reach shore from most practicable wind farm locations. According to Power X, the Power ARK idea might also be used for long-distance, intercontinental power transmission.

“Marine batteries are the key to solving the obstacles facing renewable energy adoption and expansion. By bringing much-needed innovation to zero-emission vessels and offshore wind energy, PowerX takes a big leap beyond conventional battery storage,” said NYK Senior Managing Executive Officer Tomoyuki Koyama. “Through this partnership, NYK will strive to resolve the many challenges to the shipping industry, such as the shift to zero-emission vessels and automation, as well as the promotion and the adoption of renewable energy.”

The new collaboration with NYK will see the invention of marine energy storage and management system, as well as the field testing of a prototype ship. 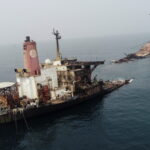 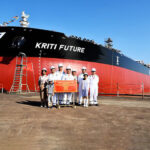