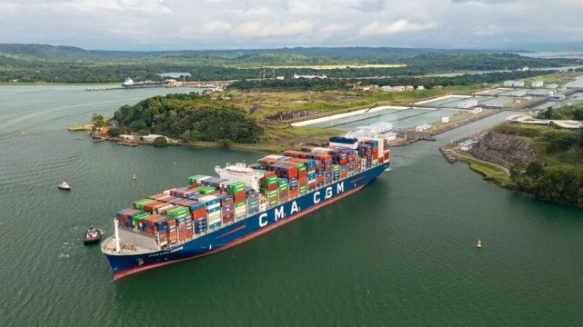 CMA CGM’s Zephyr containership has become the vessel with the largest cargo capacity to ever transit the Panama Canal.

On July 1, the 16,285 TEU boxship finished its return voyage through the Neopanamax Locks of the Expanded Canal after making port calls in the American ports of New York and Savannah. From the Atlantic to the Pacific Ocean, the Zephyr sailed southward through the canal on its way to Qingdao, China.

The Triton, built by Evergreen and measuring 51.2 meters in width and 369 meters in length, maintains the record for the largest vessel by dimensions even though the Zephyr is now the largest by cargo capacity to travel the waterway.

In 2016, a third lane was added to the canal, and the Neopanamax Locks were designed to accommodate ships carrying up to 12,600 TEUs. However, when proficiency in using the locks grew, the threshold was significantly exceeded.

“There’s no better way to mark the anniversary of the Expanded Canal than with this month’s Zephyr transit, which exemplifies the continued growth potential that it offers for our clients,” said Panama Canal Administrator Ricaurte Vásquez Morales.

According to information, the Panama Canal has been able to give a 15.24 meters (50 feet) draft since May, the highest permissible for ships traversing the Neopanamax Locks, thanks to the adoption of different water conservation strategies and higher rainfall in the canal watershed.

According to figures from the Panama Canal, compared to the most likely other routes, the waterway helped to reduce emissions by 16 million tons of carbon dioxide (CO2) equivalent in 2021.

More than 3 million tons of CO2 were saved by the waterway in comparison to 2020. According to estimates, the savings are equal to the annual fuel economy of 3.2 million passenger automobiles. 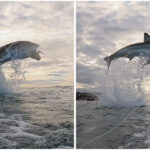 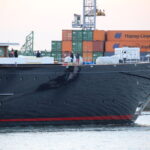