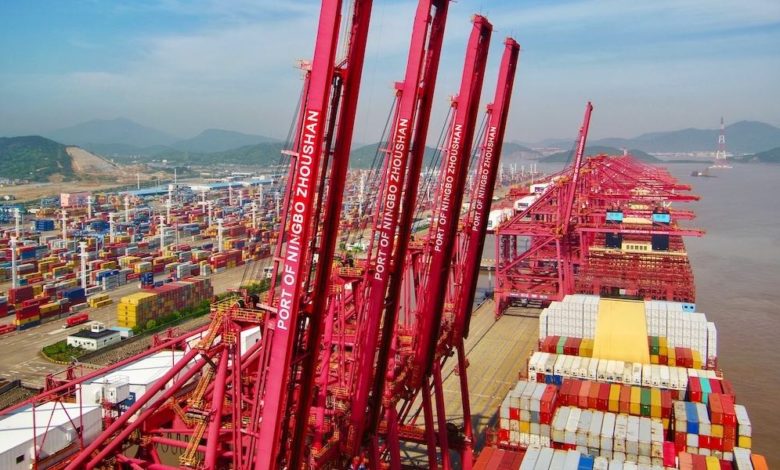 Even as lockdown measures around the city of Ningbo increase, state media in China insists that traffic at the world’s largest port has not dropped.

An outbreak of Covid-19 at a clothing factory in the city’s Beilun district over the weekend prompted local lockdowns and mass testing, and it has hampered trucker availability connecting Ningbo-Zhoushan port, the world’s largest port in terms of overall cargo volumes and the third largest in terms of container handling.

The number of confirmed Covid cases has risen from one to 23, according to the most recent report.

A business emergency response mechanism was specified in a notice from Ningbo Customs, along with modifications to some customs clearance and inspection procedures in the city’s locked-down Beilun district, which houses some of the busiest container terminals.

A container depot in the lockdown area has ceased operations, according to freight forwarder Shapiro.

So far, the port’s average daily cargo throughput has been more than adequate. A local port official told the state-run publication Global Times that daily throughput hit 97,000 teu from January 1 to 3, up 8.5 percent year on year.

Covid-19 limitations in Beilun were strengthened today by officials in Ningbo. In the impacted locations, authorities are enforcing entry and leave restrictions.

“The heightened restrictions could result in production disruptions, including short-term delivery and order fulfillment delays, at factories in the affected areas of Beilun District. Processing delays and shipping disruptions are possible at the Ningbo Port; however, officials have issued passes for permitted truck drivers to enter closed locations and designated ‘greenways’ for container vehicles to access the port area,” an update from risk management consultants Crisis24 stated today.

With mass testing, lockdowns, watchful surveillance, and prolonged quarantines, Beijing’s stringent zero-Covid policy has suppressed local outbreaks. However, since the autumn, new varieties like as omicron have seen outbreaks intensify.

In the last six months, Ningbo has had three partial lockdowns.

Meanwhile, 200 pilots have been quarantined for the last week along the Yangtze, China’s longest river and a crucial conduit into the country’s industrial heartlands, after two pilots tested positive for the virus.

Due to strict Covid quarantine restrictions for crews, feeder operators in the south have ceased services from late December to mid-February, endangering the ability of local seafarers to return home in time for Chinese New Year.

For the previous 13 days, the city of Xi’an, which has a population of 13 million people, has been under extreme lockdown.

According to Lars Jensen, CEO of liner consultancy Vespucci Maritime, China’s continued use of a zero-tolerance policy towards Covid-19, combined with the rise of the more contagious omicron variant, the risks of larger disruptions to not only supply chains but also manufacturing in the coming weeks are significant.

Chinese crews, who are among the most numerous in the global merchant fleet, are suffering quarantines of up to seven weeks when they return home, while international seafarers are finding it difficult to shift crews in Chinese ports, exacerbating the crew turnover situation. 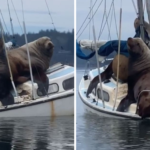 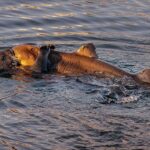