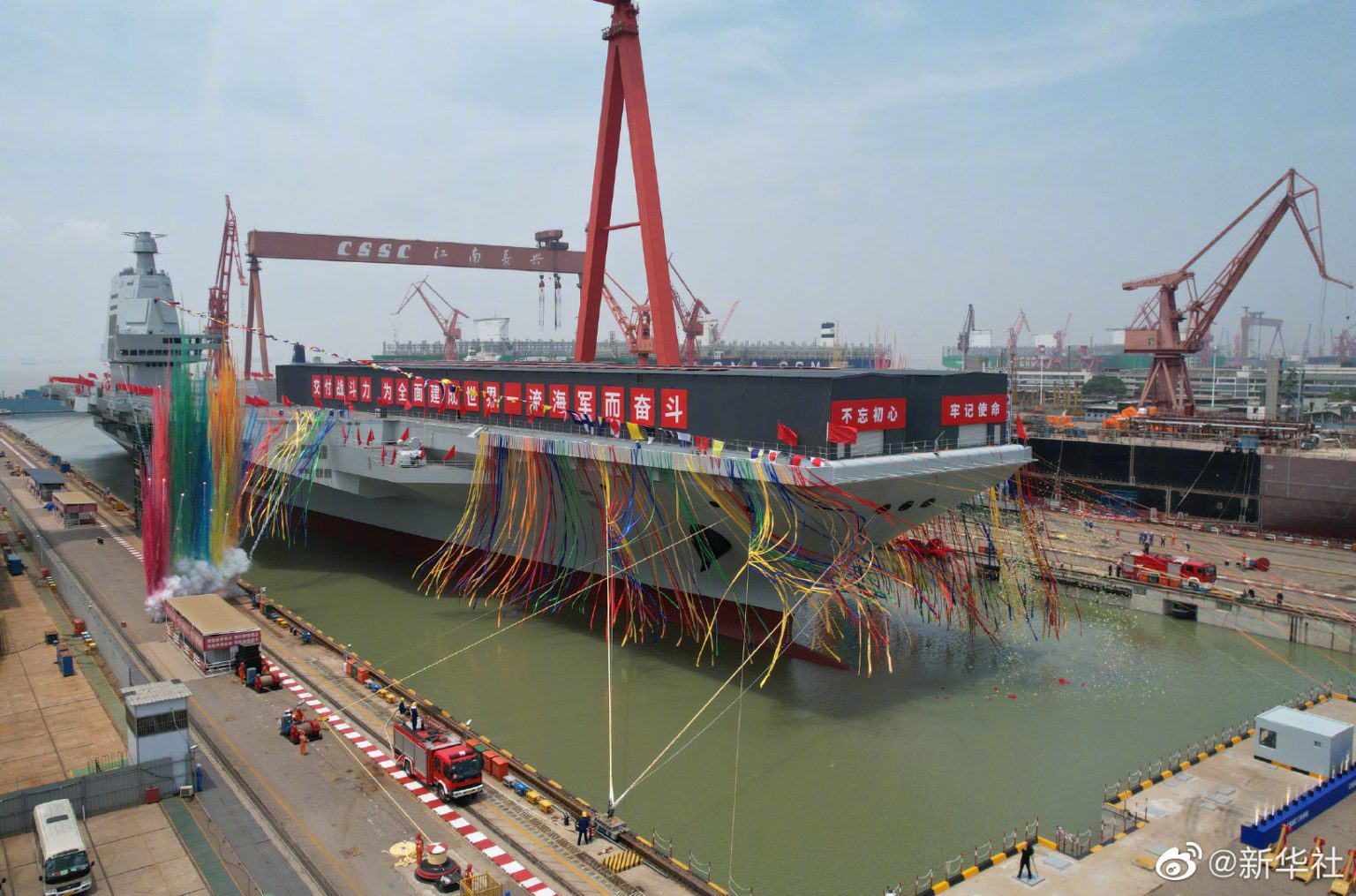 BEIJING, June 17 (Reuters) – China launched its third aircraft carrier on Friday, the Fujian, named after the province opposite self-ruled Taiwan, sending a statement of intent to rivals as it modernises its military.

President Xi Jinping has made overhauling the world’s largest armed forces a central part of his agenda, seeking to project power well beyond China’s shores, though the government says it has no hostile intent.

Champagne, colourful ribbons, water cannons and smoke were deployed to celebrate the carrier’s launch and official naming at a ceremony at the Jiangnan shipyard in Shanghai, state media reported.

Dozens of navy personnel lined up in front of the ship and sang the national anthem at the ceremony, which was attended by senior officials including Xu Qiliang, vice chairman of the Central Military Commission.

The aircraft carrier features a full-length flight deck with a catapult launch system, according to state media.

The Fujian will join the Shandong, commissioned in late 2019, and the Liaoning, which China bought second-hand from Ukraine in 1998 and refitted domestically.

China is still honing its ability to operate the carriers, and integrate them into battle groups, something the United States has been doing for decades.

Only the United States, with 11 aircraft carriers, has more of the vessels.

The Fujian’s launch demonstrates the military’s increasing capability at a time of rising tension with the United States over Chinese-claimed Taiwan and Beijing’s claims to the South China Sea.

The coastal province of Fujian is just across the Taiwan Strait from Taiwan and home to the Eastern Theatre Command of the People’s Liberation Army.

Taiwan is a thriving democracy but China considers the island its own territory and has never renounced the use of force to bring it under its control.

A senior Taiwan official familiar with the island’s security planning told Reuters that with the new carrier China was flagging to the region its intentions about projecting power well into the Pacific.

“In the future, they want to directly penetrate to the east of the first island chain, which includes Japan’s Ryukyu Islands and the Pacific waters off Taiwan’s east,” the official said, speaking on condition of anonymity.

“Any regional cooperation is seen by Beijing as an intervention in the Taiwan issue or a challenge to China. The launch of the new carrier is a defiant statement.”

Taiwan has been modernising its own armed forces, including putting into service a new class of highly agile stealth warships, which Taiwan refers to as an “aircraft carrier killer” due to its missile complement.

Taiwan’s defence ministry said in a statement sent to Reuters about the new carrier that it “attaches great importance” to China’s military developments and “incorporates this into enemy situation research in a forward-looking manner”.

China on Friday launched its third aircraft carrier, which has been named the Fujian after the country’s southeastern coastal province. https://t.co/8OXIP9p0l4 pic.twitter.com/CYllhWfetM 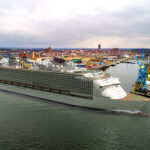 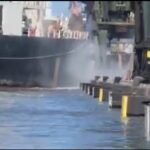