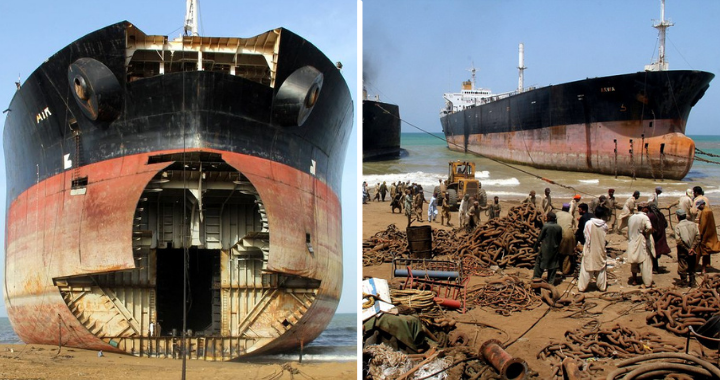 Pakistan is one of the largest ship-breaking countries in the world in the last 20 years. The global shipping company has expanded their business because of huge global trade and they have increased the number of ships a large but after 25 to 30 years of those ships, they need to be scrapped.

Gadani is the World’s third biggest ship breaking yards up to 1 million tonnes of metal has got to shear from this place and it’s not done through machines it’s done through the human muscle sweat and probably tears.

Gadani has very little safety equipment. Gadani has no first aid, training, or clean drinking water. The ship’s workers are not equipped with safety gear or climbing equipment, which can lead to many injuries. Toxic chemicals and asbestos are common and should be disposed of properly.

Amazingly, there is no shortage of willing recruits. They swarm the 10k-kilometer stretch of sandy beach at Gadani in Pakistan every morning. 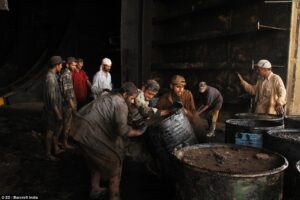 Workers are covered in oil and dirt as they transport a barrel to the market. 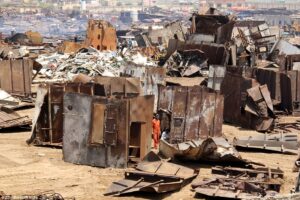 The beaches are home to rusty sections from ships’ hulls. These will be cut into smaller pieces and sold off as scrap. 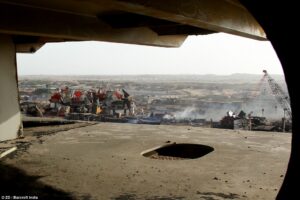 This picture was taken inside a partially dismantled ship and shows the enormity. 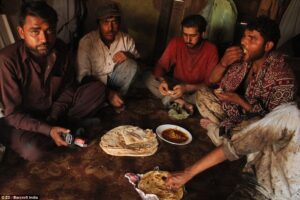 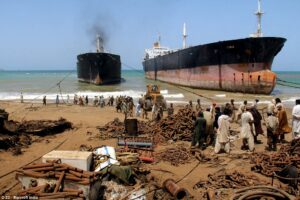 End of the line: Two large tankers are towed onto the shores at Gadani, Pakistan. They will then be dismantled and sold for scrap. 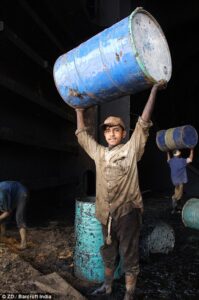 A worker lifts an empty oil barrel above his head. 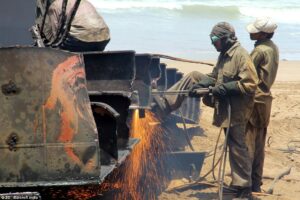 Mammoth task – Each year, 100 ships are ripped down to form sheets and angles made of metal, pipes, and machines. 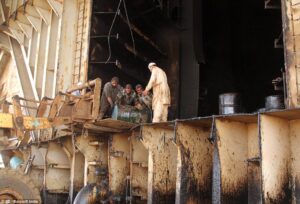 One drop is never wasted: An oil barrel salvaged from a tanker truck is loaded onto a lift truck for sale at the market. 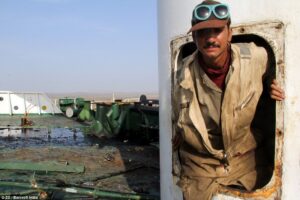 A worker peers out of a hatch on board. 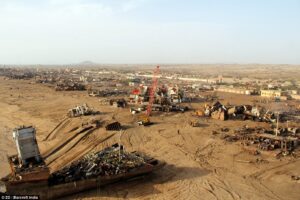 The huge ship-breaking yard extends some 10kn along Pakistan’s coast, near Karachi. 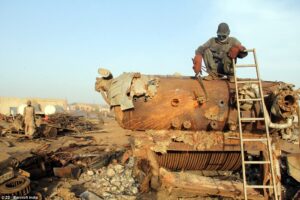 One of the laborers sits on top of a metal cylinder while he uses a blow torch to remove a section of rusted steel. 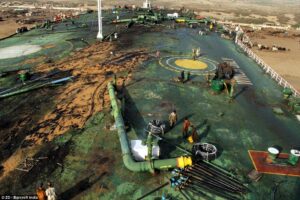 Workers look dwarfed as the crowd swarms over the massive deck of an oil tanker. 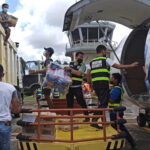 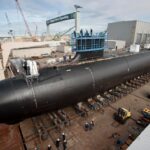 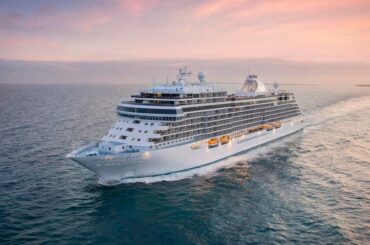 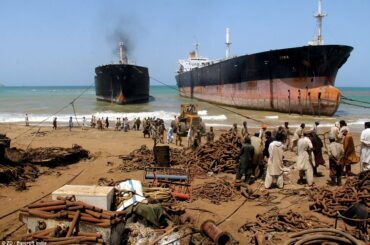 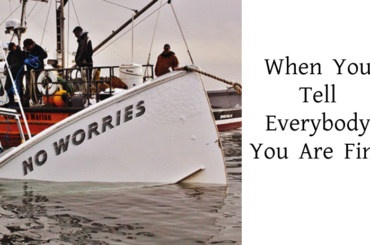 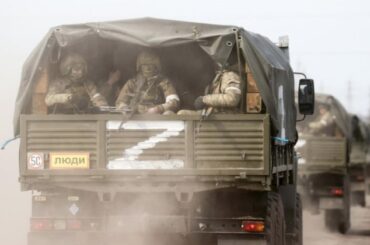