The failure of the steering system is suspected to be the cause of the two ships colliding in the waters of Muar Johor, Sunday night, according to freemalaysiatoday.

Johor Maritime Director Nurul Hizam Zakaria said, the “MV Gagapagos tanker registered in Malta reportedly had a steering system failure and moved to the right, blocking the passage of the MV Zephyr Lumos cargo ship, which was overtaking it.”

“The United Kingdom -registered MV Zephyr Lumos failed to avoid the MV Galapagos, and there was a collision on the right side of the ship,” he said in a statement.

The collision of the two ships occurred at a position of 14.1 nautical miles southwest of the estuary of Sungai Muar at 12.03 midnight last night.

The Maritime Rescue Coordination Center in Putrajaya received emergency signals from the two ships through the National Search and Rescue Agency (BASARNAS) in Pekan Baru, Indonesia.

Hizam said the initial investigation into the damage to the body of MT Galapagos found that there were oil spill patches. He said the two ships carried 24 and 26 crew, respectively, but no crew was reported injured.

He is currently being held to assist in investigating the Malaysian Marine Department and the Department of Environment. 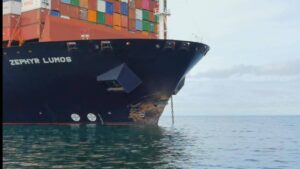 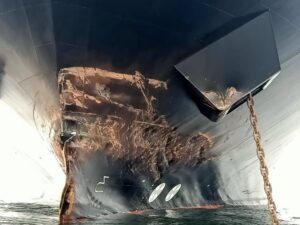 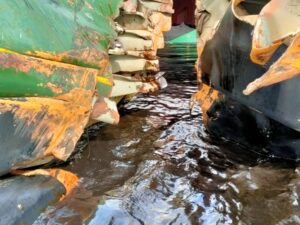 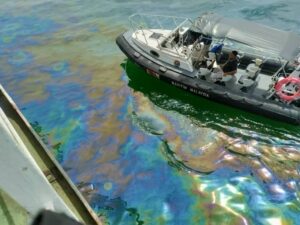 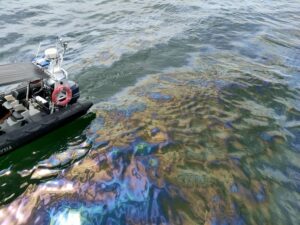 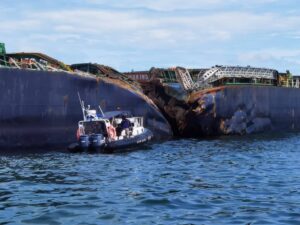