Following the collision of the two merchant ships, Indian Coast Guard (ICG) ships were dispatched to the area to keep an eye on the situation.

There were no casualties or oil spills, according to the PRO Defense Gujarat.

“On the night of November 26th, the MVs Aviator and Atlantic Grace collided in GoK. There were no casualties, however an oil slick was reported. @IndianCoastGuard ships in the area, including pollution control stand-by in the area and situation monitoring, “In a tweet, the Gujarat military public relations officer said.

The Atlantic Grace measures 183 meters in length overall, while the Aviator measures 140 meters. They are 32 meters long and 25 meters wide.

According to the ICG, no oil spills or marine contamination have been reported by its ships or a helicopter sent for area inspection.

The Hong Kong-based MV Atlantic Grace had 22 Indian crew members on board, while the Marshall Islands-based MV Aviator had 22 Filipino crew members. 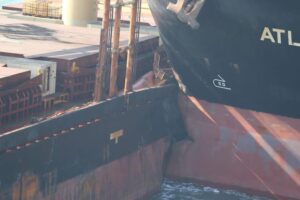 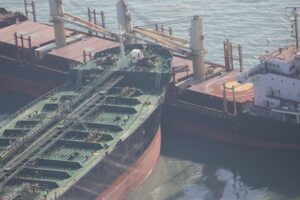