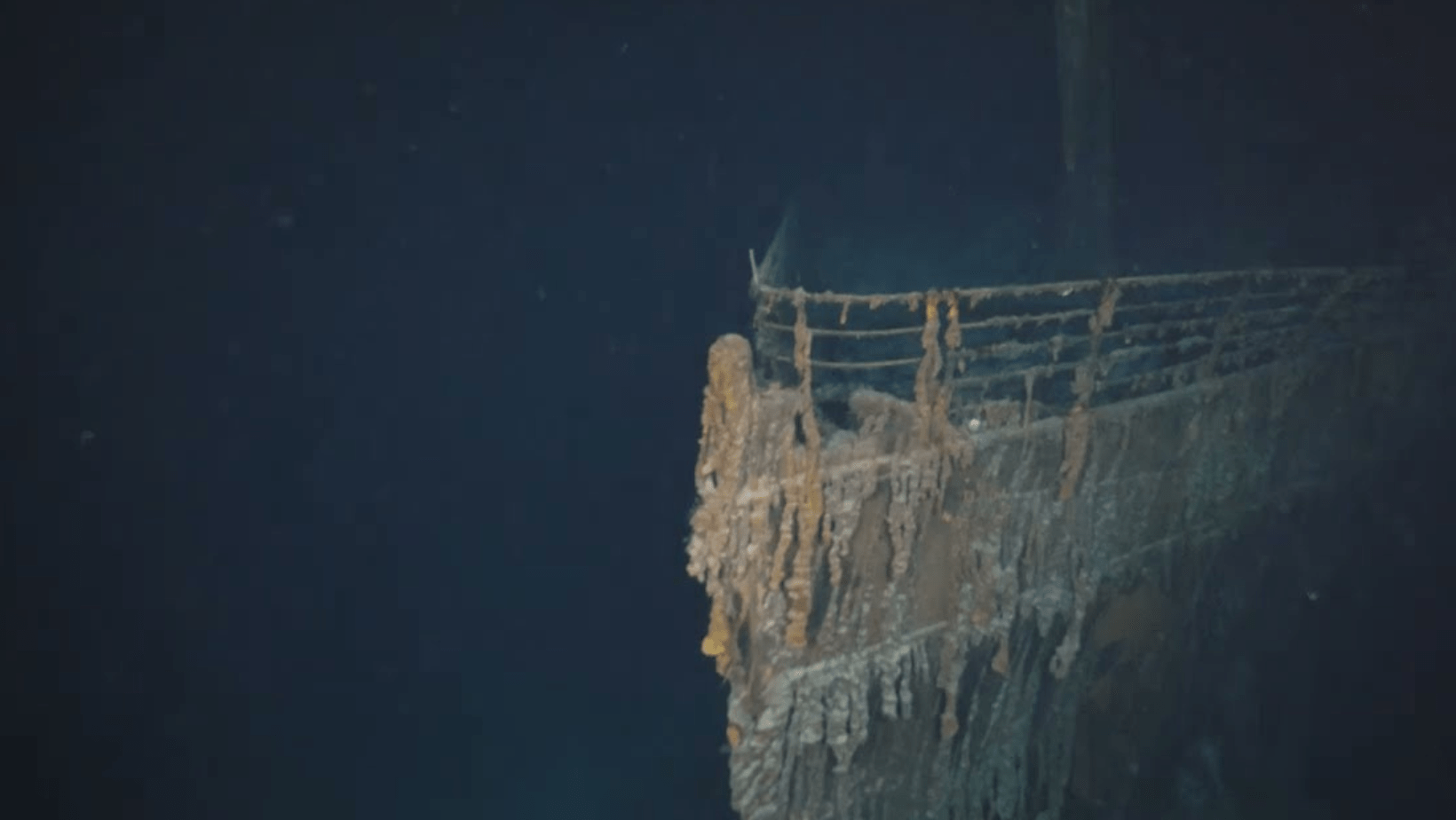 August 30, 2022 – ST. JOHN’S, NEWFOUNDLAND – The crew of the 2022 Titanic Expedition succeeded in capturing unprecedented 8k footage of the Titanic exposing an astonishing level of detail and colors. The extraordinary footage premiered on the OceanGate Expeditions YouTube channel today.

“The amazing detail in the 8k footage will help our team of scientists and maritime archaeologists characterize the decay of the Titanic more precisely as we capture new footage in 2023 and beyond. Capturing this 8K footage will allow us to zoom in and still have 4K quality which is key for large screen and immersive video projects. Even more remarkable are the phenomenal colors in this footage,” says Stockton Rush, President, OceanGate Expeditions.

“In comparing footage and images from 2021, we do see slight changes in certain areas of the wreck. Our science team will be reviewing the 8k, 4k, and other footage captured during the 2022 Titanic Expedition for any changes. Having experts aboard the Titan submersible when we dive allows them to assess the shipwreck through direct observation, guide our exploration of different features of the wreck, and continue their study using the imagery,” continues Rush.

“We are seeing new details in this footage. For example, I had never seen the name of the anchor maker, Noah Hingley & Sons Ltd., on the portside anchor. I’ve been studying the wreck for decades and have completed multiple dives, and I can’t recall seeing any other image showing this level of detail. It is exciting that, after so many years, we may have discovered a new detail that wasn’t as obvious with previous generations of camera technologies,” explains Rory Golden, OceanGate Expeditions Titanic expert and veteran Titanic diver.

“Early in the video you can see the crane used for deploying the enormous 15-ton anchor still located on the deck of the shipwreck and the shackle that was originally attached to the main mast that has now collapsed,” shares PH Nargeolet, Veteran Nautile submersible pilot and Titanic diver.

“Later in the video you see three round structures along the inside of the railing. These are the triple fairleads that were used to feed the docking ropes to the bollards on shore to secure the ship to the dock when the Titanic was at port,” continues Nargeolet.

“The green lights you see as we view the portside anchor are from the laser scaling system. This system allows us to accurately determine the size of objects we are looking at on camera and through the main viewport of the Titan submersible. The distance between the two green lights is 10 centimeters,” says Nargeolet.

This first-of-its-kind footage provides scenes of Titanic’s renowned bow, the portside anchor, hull number one, an enormous anchor chain (each link weighs approximately 200 pounds or nearly 91 kilograms), the number one cargo hold, and solid bronze capstans. Also captured is dramatic evidence of decay where some of the Titanic’s rail has collapsed and fallen away from the ship.

The unmatched footage is expected to assist in determining the rate of decay for the Titanic as future expeditions capture new footage that can be compared year-after-year. With the help of scientists, the video will also support identification of species that are observed on and around the Titanic and archaeologists will be able to document elements of the wreck and debris field in greater detail. 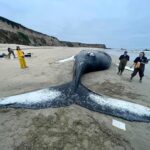 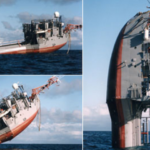