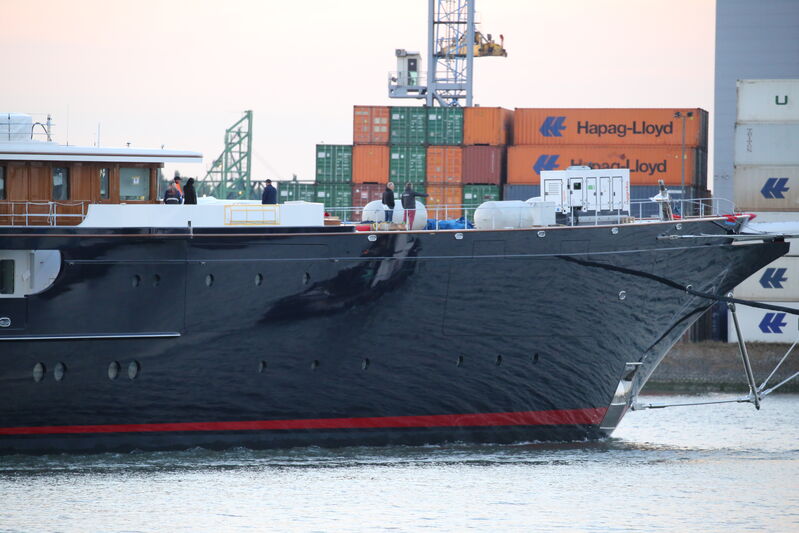 The 127-meter Oceanco Y721 began its voyage to the Rotterdam facilities for the yard’s last stages of construction yesterday morning in Alblasserdam, where she made her first contact with the ocean. Her three powerful masts traveled down Nieuwe Maas and are anticipated to be stepped today (August 3).

The action supports prior rumors that the Koningshaven bridge, also referred to as De Hef by locals, would not be taken down to make a route for the boat to pass below.

Delivery of the three-masted schooner is anticipated for later in the year. She is expected to be ordered by Jeff Bezos, the creator of Amazon, and when she is finished later this year, she will surpass Sea Cloud to claim the title of largest sailing yacht ever.

Y721 is the largest superyacht ever built at Oceanco and the longest yacht ever constructed in the Netherlands. The yacht was first seen in October 2021 while she was being rolled out of the Dutch shipyard’s sheds.

The long-running rumors that Amazon founder Jeff Bezos is the owner of the covert 127-meter sailing boat were confirmed in September 2021 when a book titled Amazon Unbound came into existence.

The superyacht was referred to in an excerpt as “one of the finest sailing yachts in existence,” with “several decks” and “three enormous masts,” according to Bloomberg. An accompanying support boat is also being built, according to the book.

A spokesperson for Oceanco previously said that the company “Oceanco values the privacy and confidentiality of all our clients and prospective clients and therefore does not comment on our involvement or non-involvement in specific projects.”

According to BOAT Pro, the record-breaking yacht will make its official debut in 2022. 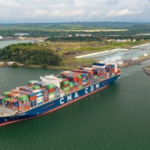 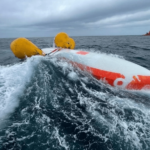