After a lifting accident, the massive heavy-lift crane vessel Saipem 7000 went down in a Norwegian fjord near Stavanger on Thursday.

Norwegian rescue services report the vessel listed in connection with a lifting operation. A barge nearby the crane vessel has sunk. All members of the crew have been declared safe.

There were reports of explosions on the web. Photos and videos posted online show the ship listing heavily, with the main deck nearly submerged.

Rescue at sea. Ongoing situation
One of the biggest Crane vessels in the world, tilting after a sudden explosion 20 min’s ago. 275 ppl on board #Stavanger #Åmøyfjorden #Norway #Saipem7000 #MaritimeSecurity pic.twitter.com/dM8LePv8Dd

The Norwegian Coastal Administration reported that the situation was “under control” and that the crane vessel may have been righted. 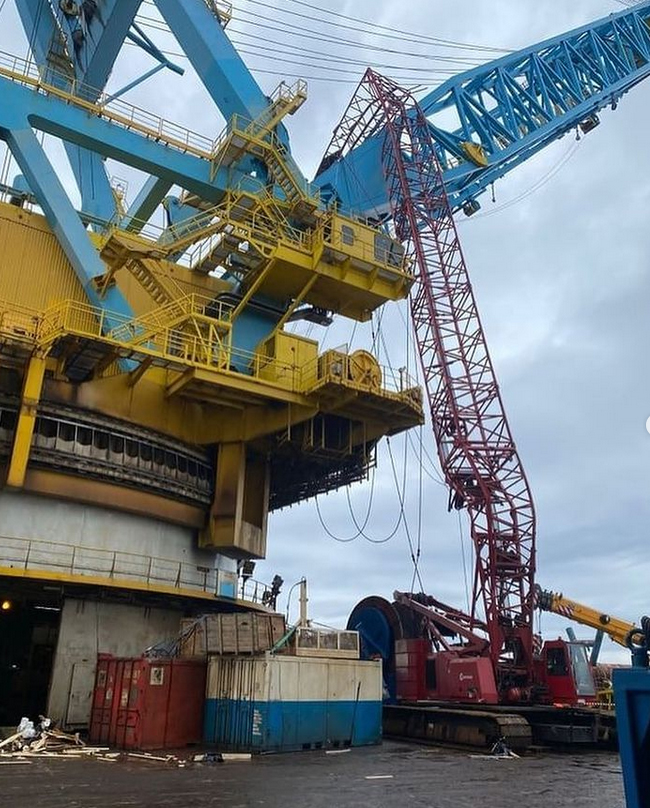 According to the Norwegian Coastal Administration, a sheen has been discovered in the water near the barge, which can hold up to 2,000 liters of oil. 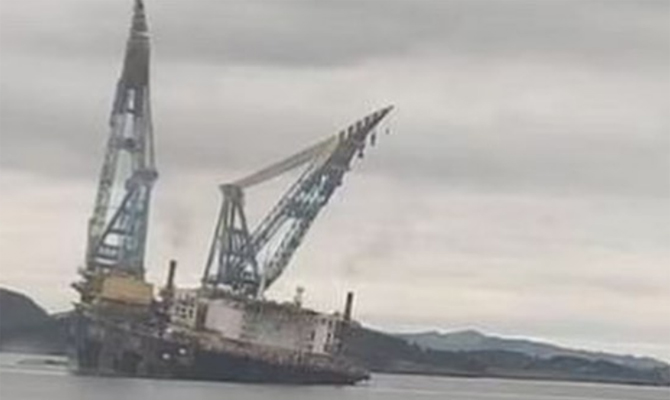 The Saipem 7000, built-in 1987, is a dynamically positioned semisubmersible crane vessel operated by the Italian offshore contractor Saipem S.p.A. With two twin 7,000-tonne capacity cranes. The vessel is one of the most capable ships in the world, allowing for tandem lifts of up to 14,000 tonnes.