Whale watchers off the coast of Japan could hardly believe their eyes when they saw two rare white orcas swimming together as part of the same pod.

The orcas were seen on July 24 during a whale-watching tour in the Kunashirskiy Strait, a 20-mile stretch of water between the northern islands of Hokkaido and Kunashir. 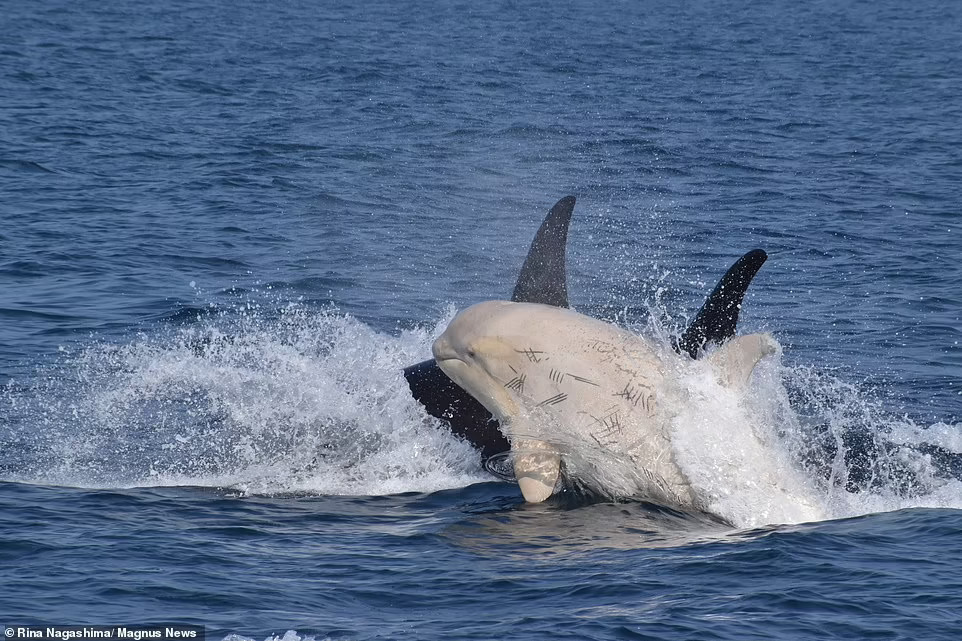 Mai, who works for the Gojiraiwa-Kanko tour company, said that one of the pair was older and had darker skin, while the other was younger and had clear scratch marks down its back. 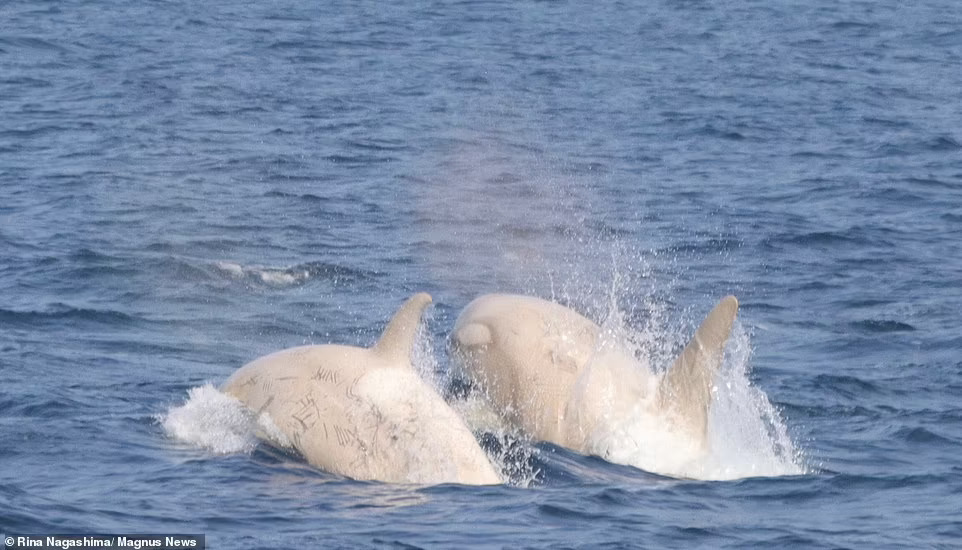 ‘It was the best day ever. This is the first time two white orcas have been seen off the coast of Japan,’ she said.

The pair are not “true” albinos, which are animals that don’t make any melanin, the chemical that gives skin, hair, feathers, and eyes their color.

True albinos will be completely white and have red eyes. This color comes from the red blood in vessels that are usually hidden behind the iris showing through. 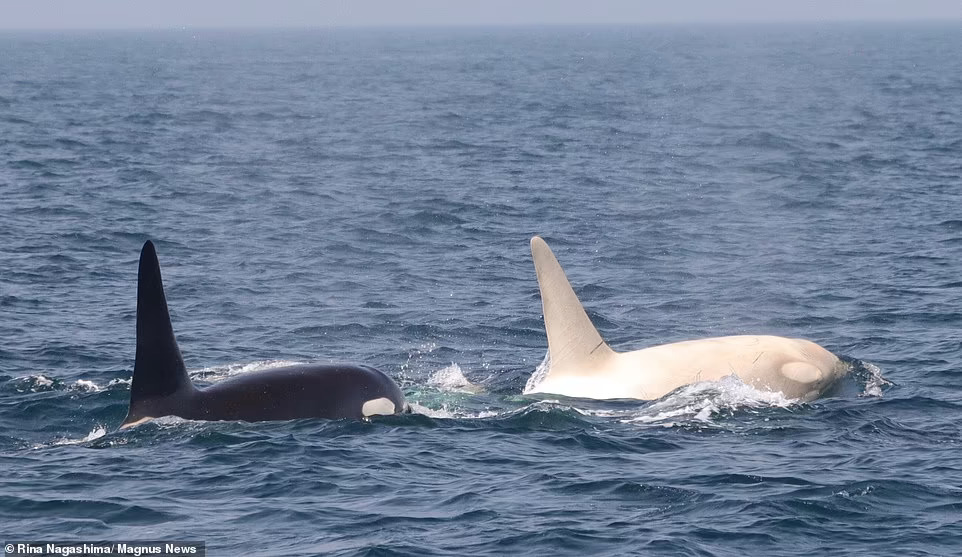 Instead, it is thought that these two whales have leucism, which is a broad term for a group of conditions in which animals make some melanin but have skin that is noticeably whiter or has white patches.

That’s why the white patches that usually surround an orca’s chin and eyes are still visible on the two animals spotted near Japan and why the eyes themselves are still dark. It may also explain why the younger animal has scars on its side, which are easy to see because the scar tissue seems to have healed darker than the skin around it.

White orcas and whales were so rare that people thought they were made up. Now, they are becoming more common, and scientists know of at least five that are still alive.