The famous NS Savannah registered its landmark in history as the first nuclear Ship in late1950 by the United States- New York Shipbuilding Corporation at Camden, New Jersey. US government agencies funded the project. The US considered it a demonstration project for the potential use of nuclear power. They wanted to check on its feasibility for merchant ships, which was the talk of the town at that time.

Savannah was in service from 1962 to 1972 as the first nuclear-powered cargo ship. It was the centerpiece of the “nuclear week in New York .” Thousands of people toured the Ship and attended the events in Savannah. It included the demonstrations of atomic energy as a valuable power source. The shop carried cargo as well as passengers through national and international waters.

The planned mission of Savannah is to demonstrate the use of nuclear reactors to generate power for commercial ships. It is purely a commercial experiment to benefit the shipping industry’s future. The reactor was the unique feature of this Ship. Typically, it was were not the type used in passenger ships. But Savannah’s one was designed for the civilian standards using low enriched Uranium. But it was intended to be safe and reliable. The primary purpose was to avoid oil burning. It will help to stop the release of toxic gases into the air.

The advantages expected were more economical, higher operating rate, more reliability, and lower maintenance rate. Also, the shipping companies expected to increase the cargo or the passenger capacity as the room needed for fuel tanks and operating systems became less.

The Ship could travel worldwide for long periods without refueling through nuclear power. Also, this paved the way to find new avenues to create more commercial value in the industry. It took six years to design and build the Ship. Savannah was able to surprise everyone by generating more power than anticipated.

Though Savannah created so much hope in people about this new energy source, they also became skeptical about the dangers and disadvantages. The most concerning fact is the radiation transmitted through power generation.

People compared the use of nuclear energy with the usage of nuclear weapons. The world had more than enough experience with weapons by that time. The United States tried to clear the doubts of people through publishing the research and findings of nuclear power.

But it did not generate much of a positive attitude. These further affect the operations of Savannah. The builders of Savannah, who interpreted it as a floating experiment, tried to emphasize an important fact. They tried to create a perfect example of nuclear energy for any purpose by carrying passengers and cargo simultaneously.

Related Article: What Happened to the World Largest Concrete Ship?

The engineers designed the Ship to look like the perfect future ship. But what failed was the power plant. It created an enormous amount of energy through a carefully designed process. But it also generated a massive amount of radiation as a result. Therefore, safety became a crucial factor. Eight protection shields protected the radiator. But still, the safety factor was in doubt. The engineers had built the system to shut down if it sank by letting it fill with seawater. It would stop the harmful radiation from escaping the radiator.

Though Savannah sailed from port to port effortlessly, the Ship needed permission to enter ports of other countries. It required months for approvals just because of the doubt of transmitting the nuclear radiation. Most ports refused the offers due to safety concerns. So, Savannah’s representatives had to fly well in advance for negotiations and agreements on nuclear-related matters.

Later the concern on the half passenger and half cargo arose, which made the reliability matters of Savannah worse. The conclusion made was that it doesn’t serve any of the two purposes fully. Also, the Ship needed a highly trained crew. Though the fuel cost was very low, overhead costs were much more than expected. The cost of building and maintenance and the lack of support for the infrastructure too mattered. Also, the liability and the insurance matters too played a significant role in proving the functionality of Savannah. So, the sip only survived five years of commercial use. 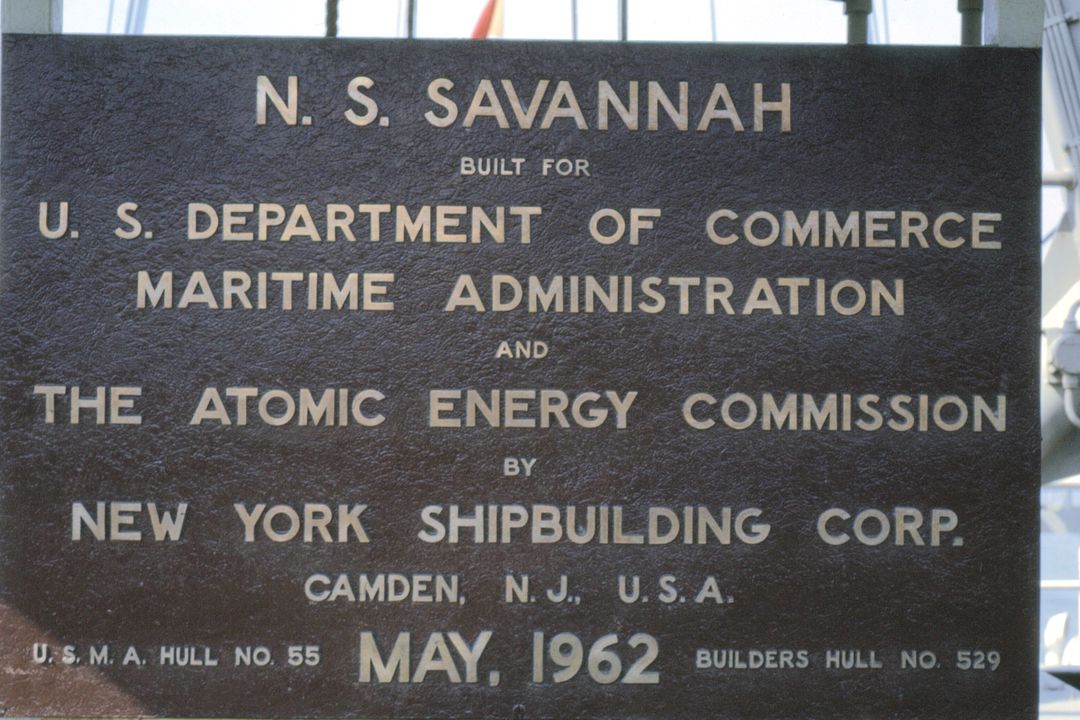 With the findings on health impacts created by global shipping due to the release of toxic gases and waste to seawater, still, there is hope about using nuclear energy. It would avoid the number of poisonous releases drastically. With the development of science and technology today, nuclear technology is safer and more economical than sixty years ago.

But still, the fact remains frozen within time as changing people’s perceptions is the most challenging task. But the world has to accept the inspiration Savannah created, opening a new avenue to think of nuclear energy in the cargo industry as the best cost-effective option.

Cheers to the Lady at Sea, NS Savannah!