Do sperm whales ever sleep? This is a common question, but it’s one that people ask quite often. This is because we now have photos of how these ocean giants nap.

Franco Banfi, a professional underwater photographer, was the one who took the photo of the rare photograph while following a group of sperm whales near Dominica Island in the Caribbean Sea.

The animals stopped moving suddenly and entered synchronized vertical rest. This behaviour was first observed in 2008 by biologists from Japan and the UK. They drifted into a group of completely still sperm whales. Further studies revealed that the collective nap lasts approximately 7 percent of a whale’s lifetime and occurs in very short intervals of 6-24 minutes.

Scroll down to see this surreal image and other incredible photos Franco took while swimming with Sabrina Belloni, a diver among these enormous animals. 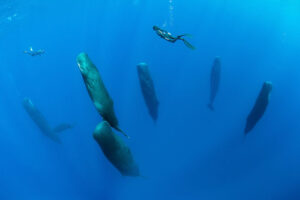 A behavior that was first documented only back in 2008 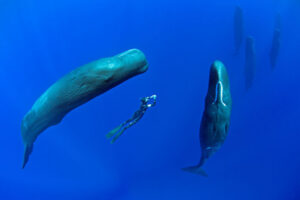 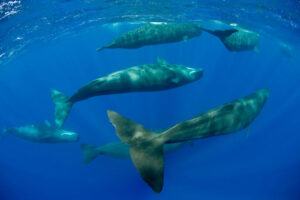 After further studies, they found that this collective nap occurs for approximately 7 percent of the whale’s life… 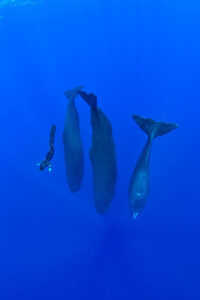 In short intervals of just 6 to 24 minutes 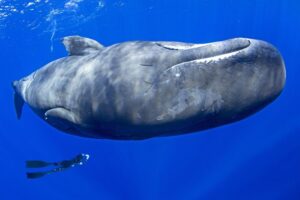 Diver Sabrina Belloni posed next to these majestic creatures 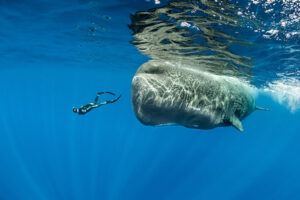 Capturing the immense scale and unique beauty of these underwater giants 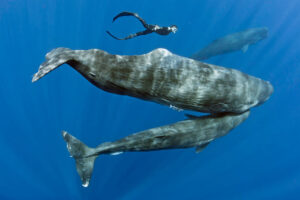 Here are some more facts: