A wildlife photographer has shared the once-in-a-lifetime image that he thinks to be a “never before seen” yellow penguin.

Yves Adams, a Belgian photographer of landscapes and wildlife, discovered the unusual king penguin with bright yellow feathers – in contrast to the typical black feathers while conducting a two-month photography trip across Antarctica and the South Atlantic. 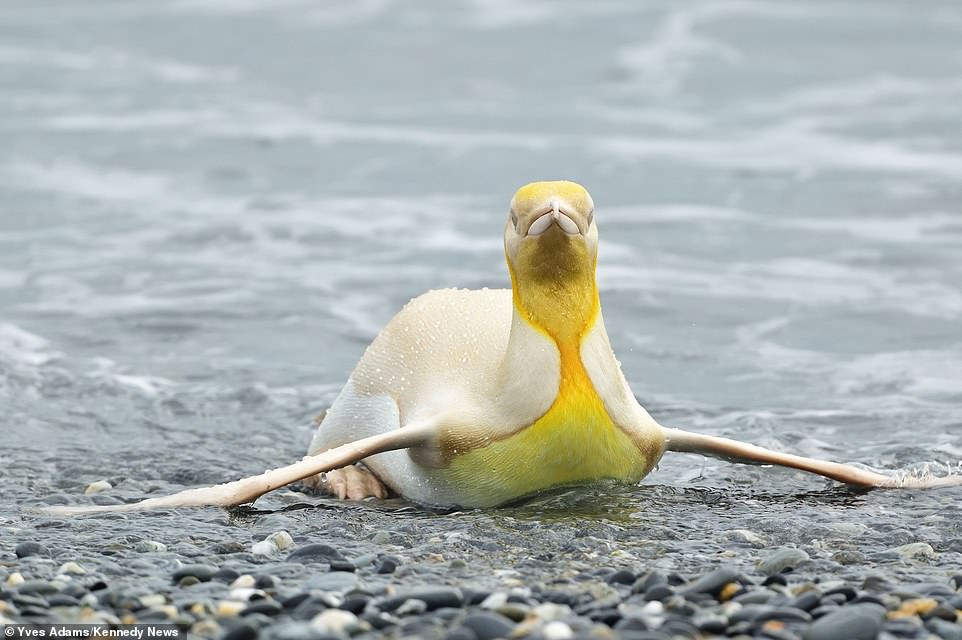 The group stopped at an island located in South Georgia to photograph a collection of over 120,000 penguins, including king penguins. Adams observed the peculiar appearance while loading some food and safety equipment onto Salisbury Plain, which he had never seen before. A penguin with such dazzling yellow plumage.

“I’d never seen or heard of a yellow penguin before. There were 120,000 birds on that beach and this was the only yellow one there.” 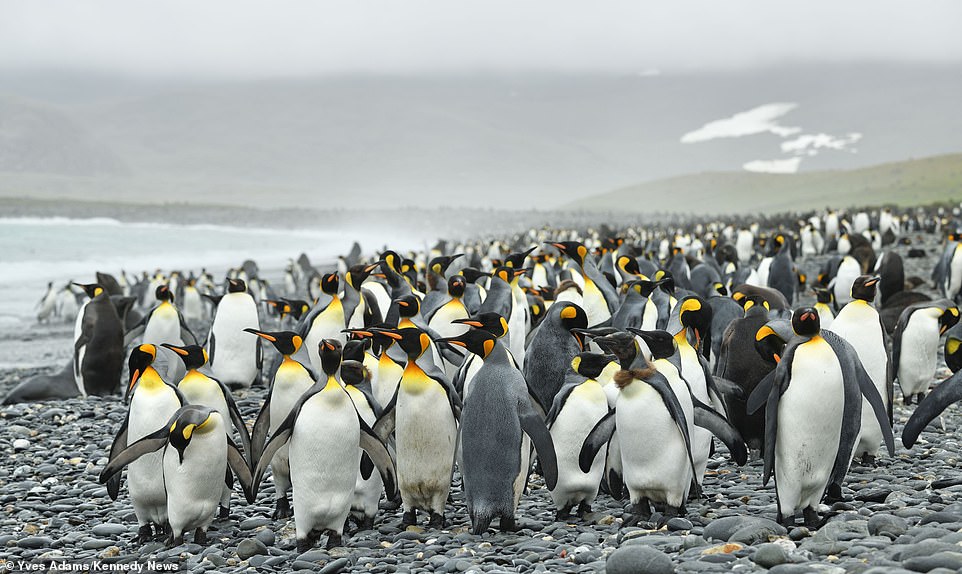 The photographers were fortunate the penguin with a tropical look was at the beach, close to the group. They got an incredible picture of it without obstruction from the penguins that populated the ocean and seals in the vicinity. 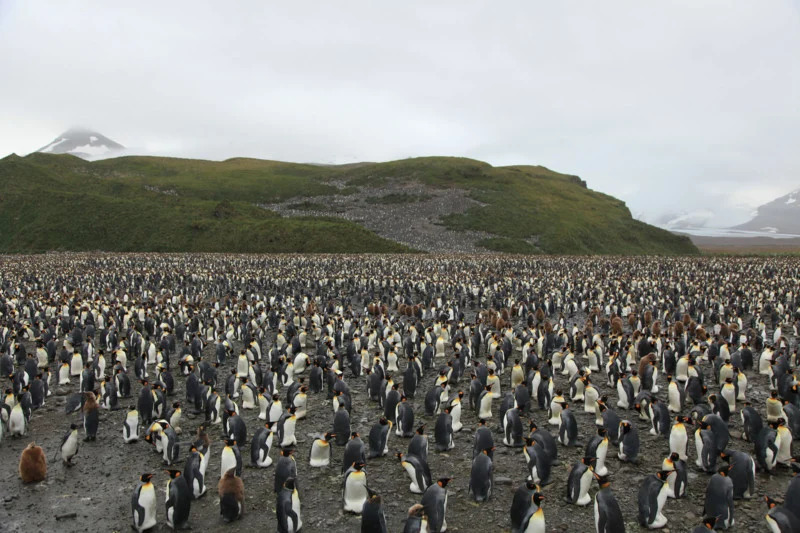 “We were so lucky the bird landed right where we were,” the photographer says. “Our view wasn’t blocked by a sea of massive animals. Normally it’s almost impossible to move on this beach because of them all.”

“It was heaven that he landed by us. If it had been 50 meters away, we wouldn’t have been able to get this show of a lifetime.” 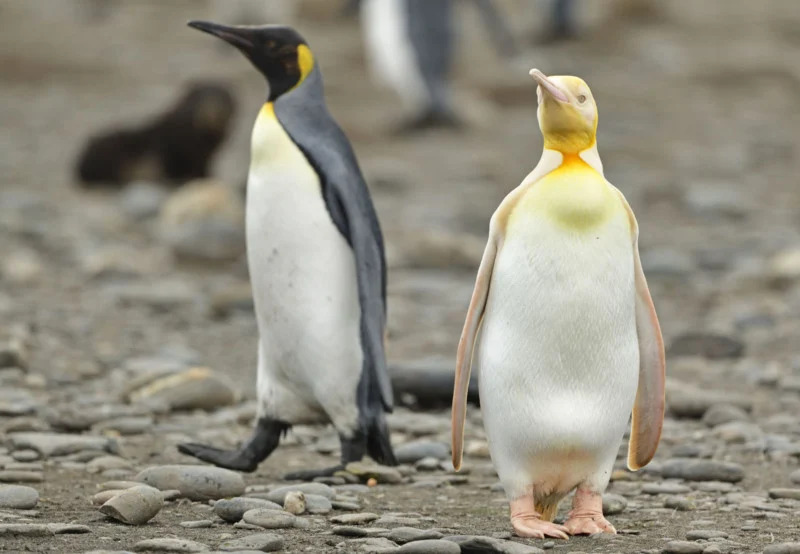 The penguin’s distinctive yellow plumage is caused by leucism which causes a decrease in pigmentation. It’s similar to albinism; however, the animal retains the pigments.

“This is a leucistic penguin,” Adams says. “Its cells don’t create melanin anymore so its black feathers become this yellow and creamy color.”

Scientists have discovered that the yellow pigment found in penguins’ feathers has a chemical difference from other molecules known to color feathers.

“Penguins use the yellow pigment to attract mates and we strongly suspect that the yellow molecule is synthesized internally,” researcher Daniel Thomas tells Smithsonian Insider.

“[It’s] distinct from any of the five known classes of avian plumage pigmentation and represents a new sixth class of feather pigment. As far as we know, the molecule is unlike any yellow pigments found in a penguin’s diet.” 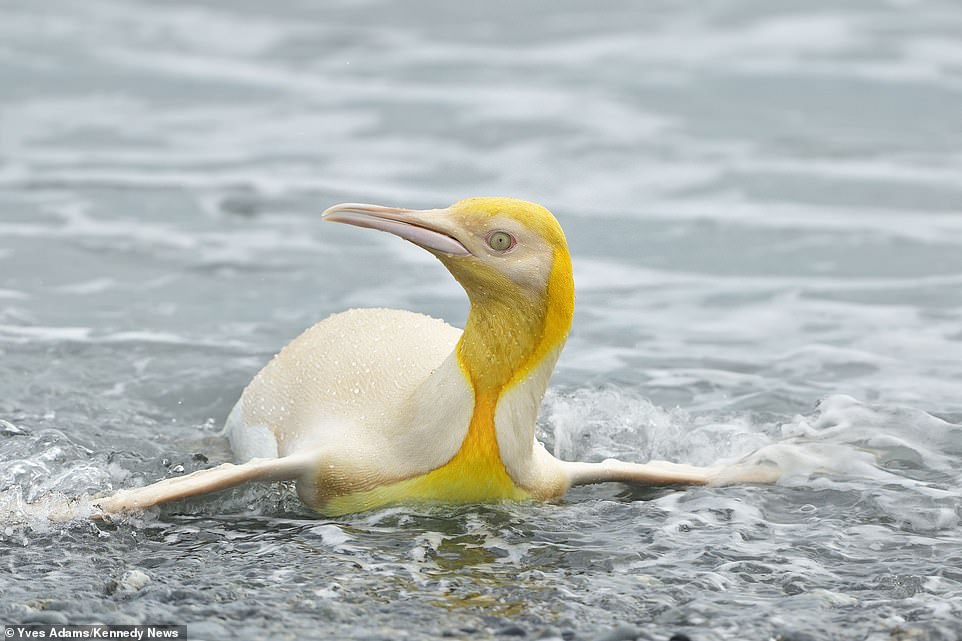 In this particular instance, it’s unclear if the yellow hue on the penguin’s skin is appealing or repulsive to the other gender.