A lucky photographer named Tanakit Suwanyangyaun managed to snap one of the stunning creatures opening its blowhole. This amazing picture depicts a blue whale blowing a rainbow-colored heart as it rises to breathe.

Although it appears as though the sunshine and water droplets are blowing rainbow-colored hearts, this is not the case. Tanakit had spent the day swimming with whales while on a scuba diving trip to the area near Sri Lanka. After shooting images of himself underwater with the largest creatures on Earth, he was thrilled to take this extra special photo above the water.

“ I’d longed to swim with blue whales all my life – it was such an unforgettable experience.

“The whales were swimming past quite quickly, we only saw each one for a few seconds before it swam off, so I was very lucky. “I’d go back again and again if I had the chance.”

There is a joke on Pinterest that the rainbow represents the LGBTQ+ community, one said, “Gay whale calling for a mate”

It has been said that the image of the whale releasing its soul is an intriguing and uncommon image. “Rare photo of a whale departing its soul,” Zeyneplanbenn stated. 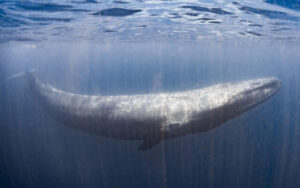 The unicorn represents divinity, freedom, affection, virginity, innocence, and enchantment in symbolism. Christians believe the unicorn to be a symbol of both Christ and Mother Mary. There’s a good reason why many people on Pinterest agree that whales are the sea’s unicorns.